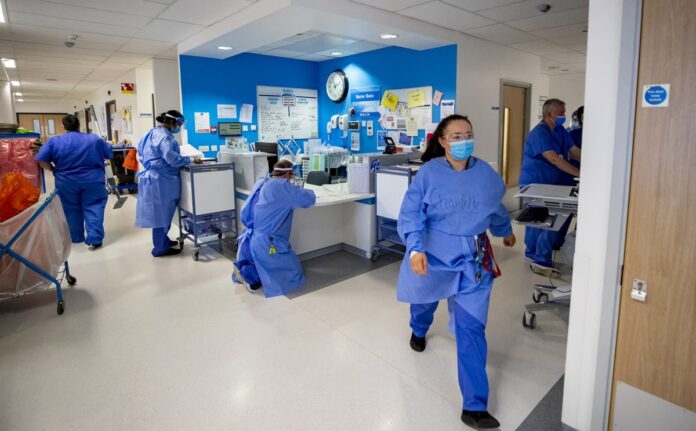 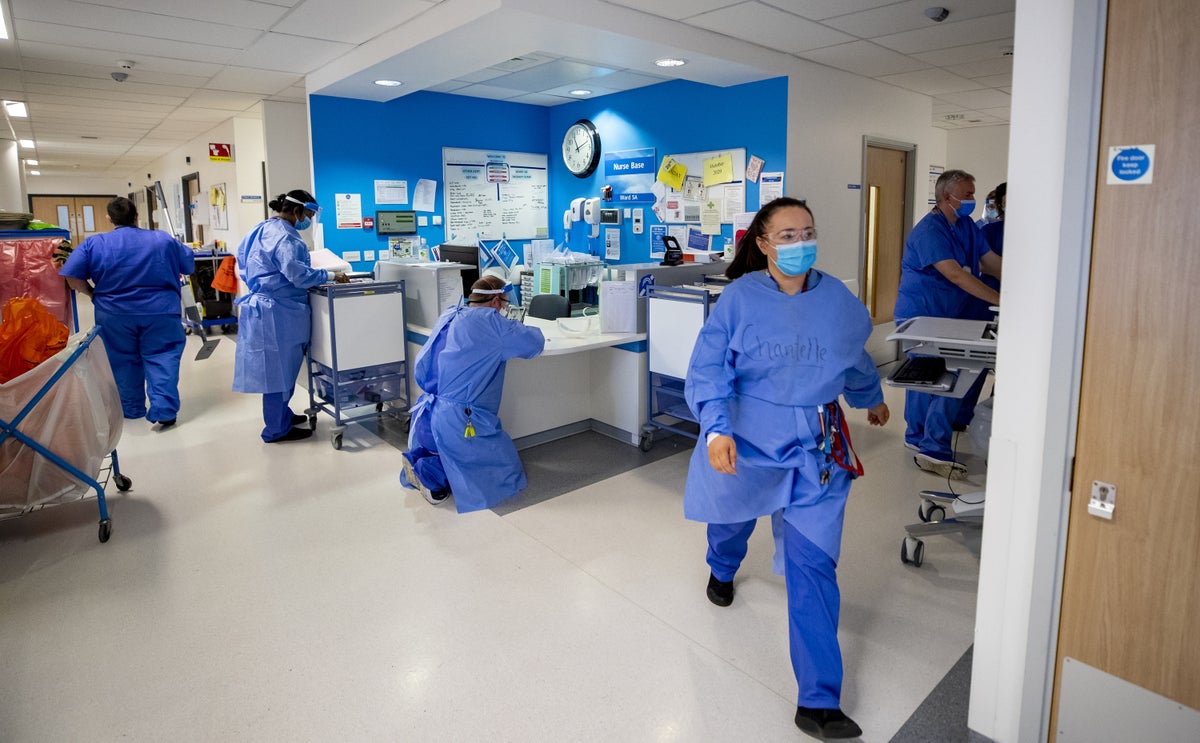 Striking workers are in the “fight for their lives for the very NHS itself,” a union leader has said after further Christmas walkouts were announced today.

Sharon Graham, Unite general secretary, said: “Make no mistake, we are now in the fight of our lives for the very NHS itself. These strikes are a stark warning – our members are taking a stand to save our NHS from this government.

“Patients’ lives are already at risk but this government is sitting on the sidelines, dodging its responsibility to sort out the crisis that it has created.

Thousands of ambulance workers and other NHS staff are to strike on December 21 in a dispute over pay, unions have said.

The GMB, Unison and Unite unions are co-ordinating industrial action across England and Wales after accusing the government of ignoring pleas for a decent wage rise.

Army could be drafted in to deal with NHS strikes, says NHS Confederation chief executive

Matthew Taylor, chief executive of the NHS Confederation, said the Army could be used to help provide some services after ambulance workers and other NHS staff confirmed strike plans for December 21.

Mr Taylor told BBC Radio 4’s PM programme that the day of the strike would “feel like a weekend or a bank holiday”, but acknowledged the Army could be drafted in.

“I think it rather depends on the conversations that do need to take place now about how this action will impact.

“Clearly, if there is any risk of not being able to provide emergency services it is likely the Army would have to be mobilised in those circumstances.”

He said the unions are trying to strike a balance between ensuring emergency care is protected while also making an “impact”.

Decision to call off strikes ahead of Christmas ‘rests with the unions’, Downing Street says

Downing Street said the decision to call off strikes ahead of Christmas “rests with the unions” when asked how much hope remains in Government that industrial action by the RMT can be averted.

The Prime Minister’s official spokesman said: “That decision rests with the unions and their members.

“We would encourage the members of the RMT to follow the lead of the TSSA, who have recognised that this is a fair and generous offer and are calling off their December strikes and putting the offer to their members.

“So, as I say, we think this is the right offer in the circumstances, noting, as I say, the impact that double-digit pay rises would have on the inflation.”

Pressed on whether that means there is some hope remaining, he said: “Like I say, it rests with the unions.”

Shadow Health Secretary Wes Streeting claimed the Government had a “disgusting” and “dangerous” plan to allow strikes to go ahead to “scapegoat” nurses on forthcoming NHS performance.

Speaking during Labour’s Opposition Day Commons debate on the NHS workforce, he stated: “Why on earth are they not sitting round the table and conducting serious negotiations?

“I will tell you why – they know that patients are going to suffer this winter, they don’t have a plan to fix it, so instead of acting to improve care for patients and accept responsibility, they want to use nurses as a scapegoat in the hope that they avoid the blame.

“We can see it coming a mile off. It is a disgusting plan. It is dangerous. And it won’t work. And if I’m wrong, perhaps members opposite could explain why the Government is not trying to prevent the strikes from going ahead”, he told the Commons.

Asked if there are plans for any Cobra meetings, the Prime Minister’s official spokesman said: “I mean, there’s already significant cross-Government planning being led out of Cabinet Office, very regular meetings involving all Government departments on this.

“We don’t normally get into Cobra meetings but there are significant planning meetings across Government already taking place.”

Rail union chief Mick Lynch has confirmed train strikes in the UK will be going ahead.

Speaking to reporters outside the RMT union building in north-west London on Tuesday, he said: “The strikes are going ahead because we haven’t had no meetings so far, so we’re hoping to go over to the Rail Delivery Group in the morning.”

Striking rail workers seem as though they are “possibly enjoying their right to inflict damage on the public”, business minister Lord Callanan told Parliament.

Lord Callanan defended the Government’s Transport Strikes (Minimum Service Levels) Bill, which would ensure that a certain number of services would still run even amidst heavy disruption.

Condemning the ongoing rail strikes initiated by the National Union of Rail, Maritime and Transport Workers (RMT), the minister said: “It’s almost as if this action is designed to punish the travelling public.

“The way that they are targeting the Christmas period, when there was a load of essential engineering works due to take place to improve the service for the travelling public.

“The way that they are targeting weeks before Christmas when they know that many people travel to see their friends and loved ones over the Christmas period.

“[It] almost seems as if they are possibly enjoying their right to inflict damage on the public.”

“Now, I know there’s a dispute here and they’re entitled to take their action but they’ve been offered a very generous pay rise, the taxpayer has been extremely generous in supporting the rail industry throughout the pandemic, it’s about time some of those workers saw just how well off they are.”

“Urgent treatments will be prioritised during any strike action”, Downing Street says

Downing Street said it would not be helpful to “speculate” when asked if the Prime Minister is worried that patients will die as a result of strikes in the NHS.

The Prime Minister’s official spokesman said: “I think what our focus is now is on mitigating any potential detrimental impact these strikes could have.

“Hospitals do everything they can to ensure patients and the public are kept safe. And obviously emergency, urgent treatments will be prioritised during any strike action.”

BMA chair of council Professor Philip Banfield said: “Ambulance workers have for too long been at the sharp end of a frighteningly under-resourced health service, working with extraordinary dedication in a system that simply does not value them enough.

“Doctors will today offer our solidarity to our colleagues in ambulances who feel this is the only way of getting this Government to take the worsening predicament of the health service and its workers seriously.

“Only by listening to and negotiating in good faith with NHS staff will the Government have any hope of repairing a health system it has left in dire straits. The starting point must be the NHS’s most important resource – its workforce.”

Deputy Labour leader Angela Rayner accused the government of negligence in its handling of the dispute with ambulance workers.

“The health secretary has failed to meet with their health trade unions throughout the whole summer. They knew this was coming and they again negligently did nothing about it.

“The frustration for me is there is a common theme with all of these disputes and that is this Government failing to act in the interests of British people.”

When is the next December train strike? Everything you need to know

Rail passengers in Britain are enduring the longest and most damaging series of strikes since the 1980s.

The bitter dispute on pay, job security and working arrangements involves the rail unions, the train operators and the infrastructure provider Network Rail.

The first national strikes were called six months ago, and more have been called before and during Christmas and after New Year.

Cancer referrals at record high – but NHS can’t keep up...