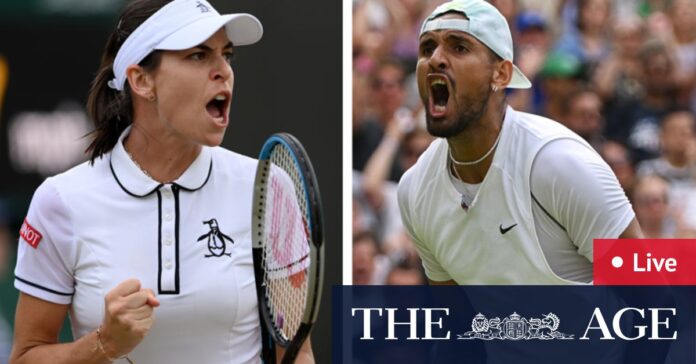 Australia’s two most recent Wimbledon champions went about their work in contrasting ways. In 2002, Lleyton Hewitt was not so dissimilar to Nick Kyrgios now: a brilliant player and a divisive personality. Winning was the end that justified his means. And when he won, we as a nation tended to gloss over those means.

In 2021, Ash Barty won the world’s biggest tennis tournament without setting anyone’s teeth on edge along the way. For good measure, she did it again at this year’s Australian Open. She showed that grace versus success was not a zero-sum game. She made it possible to cherish the end and the means. And she was loved for it.

True, some found Barty bland. I always thought that was more of a reflection on themselves than Barty.

But Barty is now retired, and Kyrgios is cutting a swathe through the 2022 Wimbledon draw, and the question arises again: how do you like your winners?

Ardern will wait and see on NZ border

About 150 children lacking in Nigeria assault