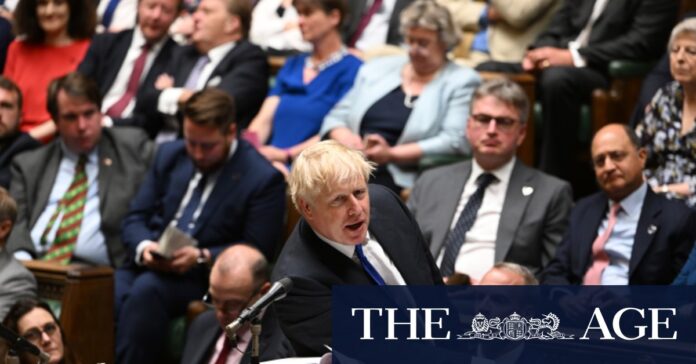 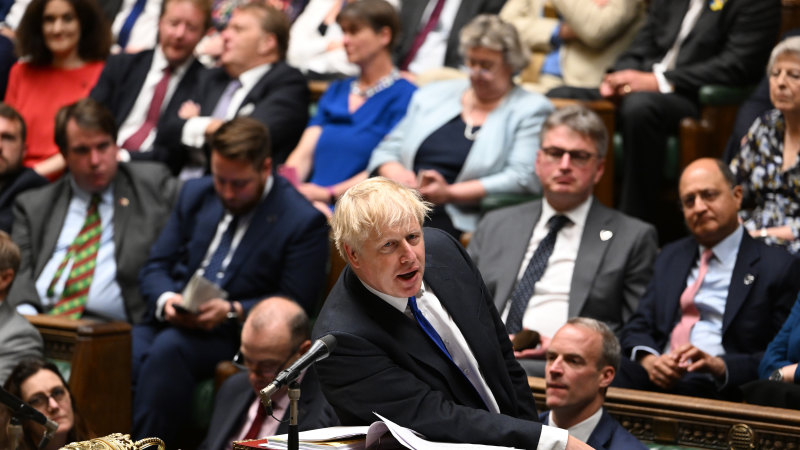 But Johnson brushed off the chaos telling a committee of MPs that the government was “carrying on with ever-increasing energy”.

He also appeared to threaten an early election if his MPs tried to roll him but under intense questioning said that the earliest he saw a poll taking place would be 2023 or 2024.

Javid, in a speech where he barely concealed his application to become the leader, told the Commons that his cabinet colleagues had made a choice to stay in their jobs.

“I wish my cabinet colleagues well, I can see they have decided to remain in the cabinet … but let’s be clear: not doing something is an active decision,” he said.

“I am deeply concerned about how the next generation will see the Conservative Party on our current course.”

A wildcard candidate is the influential backbencher Steve Baker, an arch-Brexiteer and critic of pandemic lockdowns.

He told The Sydney Morning Herald and The Age that he was considering running based on the support of Conservative Party activists who have ranked him highly in online polls run by the Conservative Home website.

“I respect that Conservative Home readers consistently put me in the top 10 for next leader,” Baker said.

“So in the event that Boris resigns I will have to reflect seriously on whether to run.

Baker said he was aware that it was unlikely that a backbencher with no cabinet experience would win.

“But I must take seriously that in the Conservative Home run-offs, readers have me beating Jeremy Hunt and I should take that seriously both for their sake’s and for Jeremy’s,” he said, referring to the former cabinet minister who Johnson beat in 2019 in the last leadership contest.