Some Auckland secondary school principals want students back in the classroom next Tuesday. 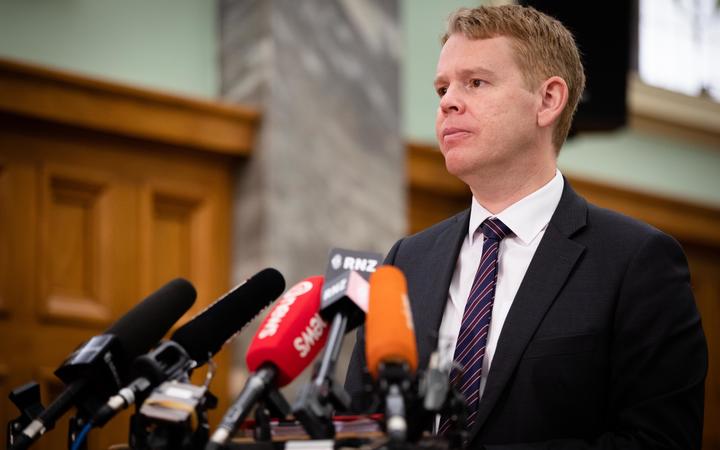 Auckland schools have been shut for nine weeks because of the Delta outbreak.

Education Minister Chris Hipkins will provide an update today and has signalled senior students will be the first to return.

Papatoetoe High School Principal Vaughan Couillaut said it was time to get Auckland students back to school.

“Let’s get kids in classes on Tuesday and let’s work out a way we can do that safely.”

That could be done by ensuring there are high levels of vaccination, masks are worn on school grounds and restricting how many students are there at a time, he said.

“Students are rapidly becoming demotivated… because they realise the time left that we have this year is insufficient to possibly do what they had hoped.”

Auckland Secondary Principals Association President Steve Hargreaves would prefer the government err on the side of caution.

“My feeling is that, yes, exams are important but they are not as important as keeping the community safe, looking after the wellbeing of staff and students, people not taking Covid-19 home to multi-generational households and other sick and vulnerable people. So my feeling would be, we’ve got to play it safe.”

National’s Paul Goldsmith wanted schools – both primary and secondary – to reopen on Tuesday.

“We’re seeing right across Auckland more than 250,000 kids missing out on an education and we can’t carry on like that.”

Hipkins had suggested senior Auckland secondary school students will be the first to get back to the classroom.

“They’ve been out of school for a long time, they’ve got exams coming, they’ve got assesment pressure building on them – so that has been the highest priority group, in terms of the work we’ve been doing to look at how we can get more school students on site.

“It also happens to be a group of students who can largely be vaccinated.”

But the same can’t be said for primary schools. Most of their students aren’t yet eligible to be vaccinated.

“This is one of the most difficult areas of reopening… that we are going to face because it will become the highest concentration of unvaccinated people in the country,” Hipkins said.

Auckland Primary Principals’ Association President Stephen Lethbridge was not expecting a date for Auckland primary schools to reopen to be announced today.

“What we’re hoping for is what are the conditions that will allow for schools to open in a safe manner.”

Hipkins has signalled not all students will be allowed at school at the same time and may be seperated in bubbles.

He has also confirmed, at least in the short term, that there will be more mask use in education settings.