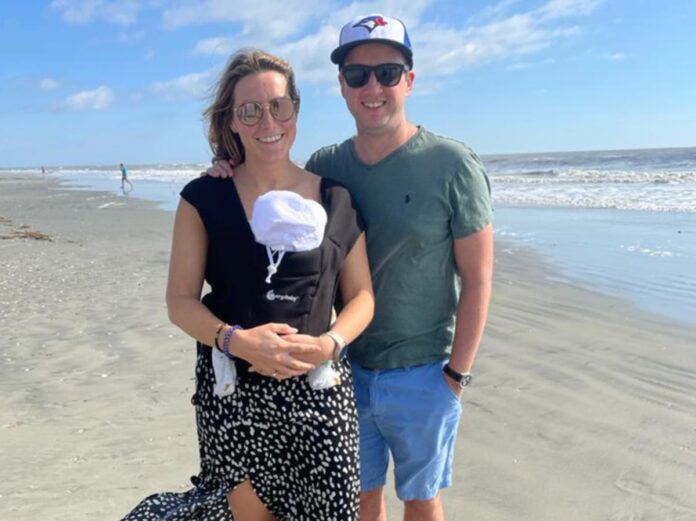 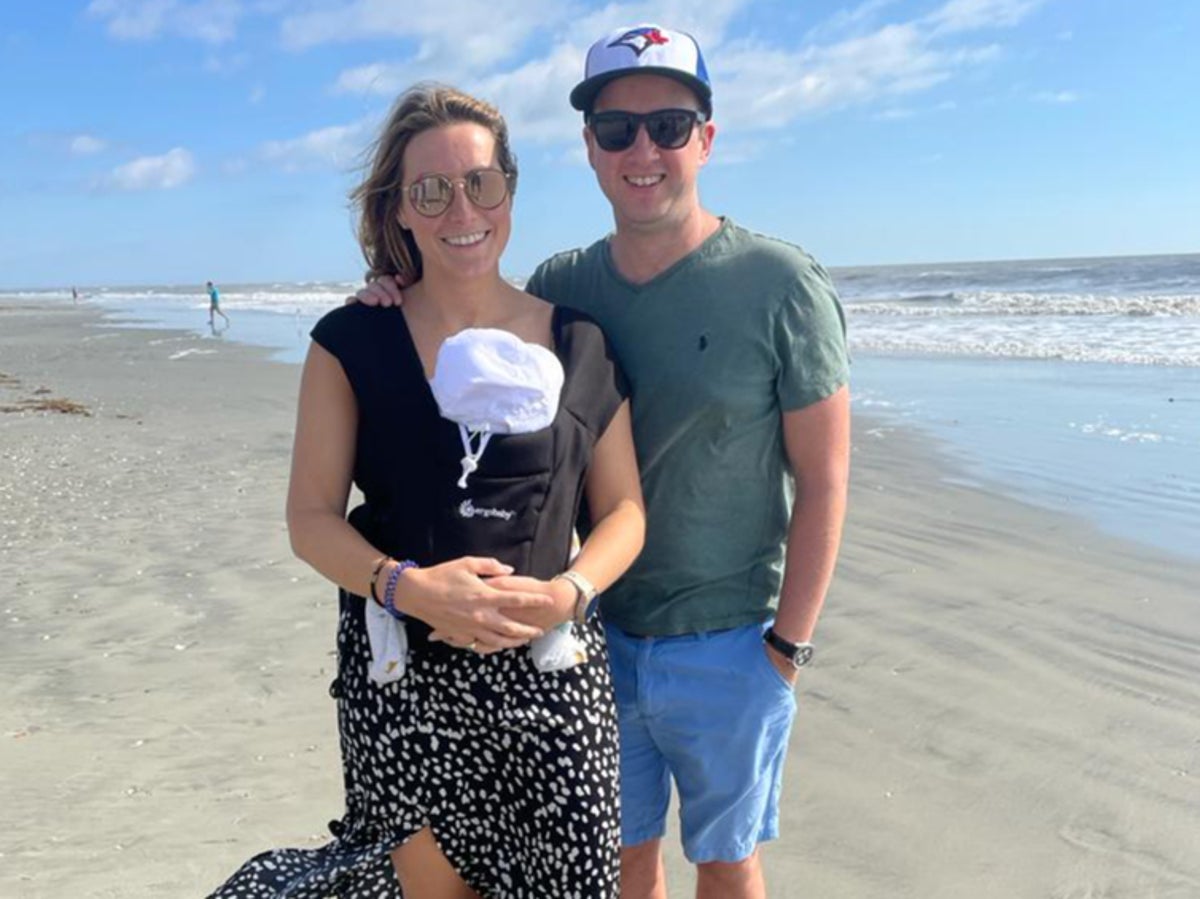 The UK has seen a huge increase in women putting themselves forward to be surrogates, soaring to record levels, but why are so many volunteering to go through pregnancy?

Data from the UK’s largest surrogacy organisation, shared with The Independent, shows eight times as many women applied to become surrogates in 2021 as in 2020.

To put it simply, surrogacy involves a woman volunteering to go through with a pregnancy for another individual or a couple who then go on to become the child’s parent or parents after the surrogate gives birth. Women who choose to become surrogates carry a child who at least one of the intended parents is genetically linked to, being either the egg or sperm donor, with some surrogates donating their own eggs.

Sarah Jones, head of Surrogacy UK, said while they have received their highest numbers of surrogate applications, the number of intended parents has remained roughly the same.

This raises the question of what is driving the sharp rise in surrogacy applications in the UK.

“People had time off with Covid, lots of people were furloughed or they were working from home,” Ms Jones tells The Independent. “There were fewer pressures from work, so there was more flexibility to go to IVF clinics and involve surrogacy in their lives.”

Ms Jones, a former surrogate herself, explains women were able to pursue something they had been contemplating for a while due to having more time on their hands.

“Lots of people have lots of different reasons why they choose to be surrogates. Some enjoy pregnancy, or wanted to experience pregnancy but didn’t want children – the number of child-free surrogates has increased in recent years. Also, lots of people want to help LGBT+ parents – that is one of the biggest reasons for the uptick.”

She noted they know this is the case because they ask each surrogate why they have opted to do so and generally the woman will provide several reasons behind their choice.

Ms Jones also attributed the rise to the increasing press coverage on surrogacy, as well as more storylines in TV programmes, including Eastenders in 2020, and a BBC documentary on surrogacy. The widely publicised use of surrogates by celebrities, including Kim and Khloe Kardashian, has made the issue more prominent in popular culture.

Ms Jones, a mother-of-one, chose to become a surrogate 20 years ago when she joined Surrogacy UK. “I’d had one child,” she explains. “I was done. I was relatively young – I was 24. I thought it was just a waste. Surrogates always say the same thing. People ask, ‘Why would you do it?’ but we say, ‘Why wouldn’t you?’”

She explains all the surrogates she knows are “very strong-minded” and adamant surrogacy is something they want to do. ”You are either the sort of person who would volunteer, or who wouldn’t, I think that is the same for surrogacy,” Ms Jones adds.

Charlie Watson, an NHS dietician who recently travelled to the US to have a child born by a surrogate, told The Independent she opted for surrogacy because she has a condition called MRKH, which meant she could not carry a child.

“But my ovaries worked,” the 34-year-old, whose child was born in mid-October, added. “I could have a genetic child. It is our embryo. A lot of people think it would be her embryo and her egg rather than mine and my husbands.”

Ms Watson, who lives in Reading in southeast England, explained she did not want one of her relatives to be her surrogate as it would have been too difficult to see them carrying her child.

“I would have felt overwhelming guilt – you are asking someone something massive,” she adds. “There is a huge amount of screening in the US. The surrogate is supported by an independent health professional the whole way. We joined an agency in the US. They provide legal, psychological, and social support to us and the surrogate.”

Ms Watson, who is currently in South Carolina with her husband waiting for their newborn’s British passport, explained the only reason they opted to go to the US was because they thought they would get a better service due to there being an industry built up around surrogacy. In contrast, in the UK, it is illegal to pay a surrogate, due to the process being deemed an “altruistic” deed. Instead, surrogates are given reasonable expenses of £15,000 to pay for medical appointments and time off work due to pregnancy.

“Another reason to do it in the US is we have a contract in place, there are no grey areas,” Ms Watson, who runs a blog called The Runner Beans, adds. “We had to have conversations about who’s allowed in the room while she is giving birth and what relationship we want afterwards. In the UK, there are no enforceable agreements. Ultimately the birth mother could turn around and want to keep the baby. That could happen and if it does where do you stand legally?”

But going through surrogacy in the US has not been devoid of issues as she explained it has been anxiety-inducing knowing any health complications mean paying extra money as there is no NHS in America.

“If we had a different system, I’d be at home with my dog having got back into the routine,” she adds. “I don’t think anyone is choosing surrogacy as the easy option. Everyone is coming to surrogacy with heartache in terms of fertility. The UK makes a process which is already emotionally hard, also financially and legally harder.”

Ms Watson explained she and her husband have a close relationship with their surrogate who is 26 years old, explaining she was in the clinic appointment room with her for all the key scans. They spent Thanksgiving with her and her family – her surrogate even bought their baby a turkey outfit.

“I was in the theatre for the C-Section,” she adds. “I burst into tears when he was born and then I held her hand and said ‘thank you’ and she said she knew in that moment she would do it for us again.”

The lawyer explained there has also been a rise in the number of applications for parental orders – a protracted legal process that allows the intended parent to become the legal parent of a child born via surrogacy.

Previous research, by UK Surrogacy agency My Surrogacy Journey and the University of Kent, found there was a 253 per cent surge in parental orders permitted from 2011 to 2021.

“Lockdown provided everyone with the opportunity to put things into perspective, focusing on their family and reflecting on the important things in life,” Ms Errington states.

“The law in this country prohibits commercial surrogacy – whereby a surrogate mother can be paid anything other than reasonable expenses – and so those women who come forward as surrogate mothers do so for altruistic reasons; perhaps having reflected during lockdown on how they would like to help others who are unable to have children themselves.”

She also noted surrogacy will have risen since gay marriage was made legal in 2014, and also increased due to people having children later.

“Medical science and societal attitudes have changed significantly and there is increased discussion regarding the concept and process of surrogacy,” Ms Errington reflects. “The subject is no longer taboo; it is no longer talked about in hushed voices and public figures are speaking out about their personal experiences more and more.”

Nicola Bulley: Police release image of new witness they want to speak to after disappearance of dog walker

Nicola Bulley: Family of missing dog walker say her ‘children need her home’ and they are ‘stuck in a nightmare’

British Gas: What you need to know about allegations prepayment meters were forced on vulnerable customers

Doctors who mourned Covid victims on day of No 10 ‘party’...

COVID-19: Hundreds of thousands with coronavirus not using NHS app to...