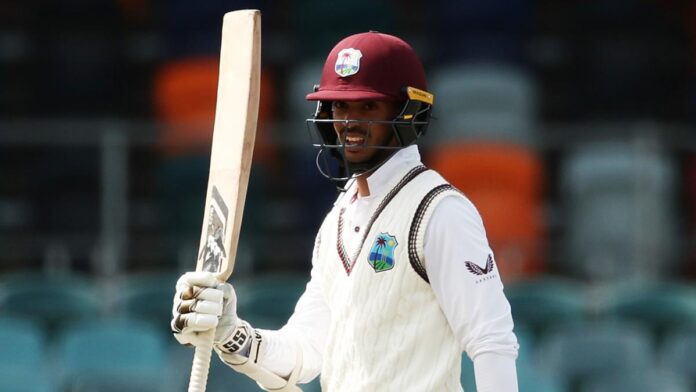 Tagenarine, the son of 164-Test legend Shivnarine Chanderpaul, was impressive against the PM’s XI last week, scoring a ton followed by a half-century to earn player-of-the-match honours.

Holder refused to compare Chanderpaul to his famous father and said the 26-year-old deserved a spot in the XI.

“I don’t want to compare him to his dad, you know, they’re two completely different people,” Holder said.

“He obviously batted really well in the last game and I would expect him to play. I’m looking forward to (seeing) really good things from him. I think he played really well, he showed really good balance – both on the front and back foot.

“Looking forward to seeing what he can bring to this team.”

West Indies have not won a Test in Australia since 1997 and face a formidable fast bowling unit on what looms as a quick wicket at Optus Stadium.

But Holder was confident their pace stocks would adapt well to the conditions, with Kemar Roach leading an attack filled with young talent.

“We’ve got a good team, I believe. A pretty young team, mixed with some older heads,” Holder said.

“It’s good to see our young fast bowlers coming through like Alzarri Joseph and Jayden Seals. I look forward to seeing their progress made in this series.”