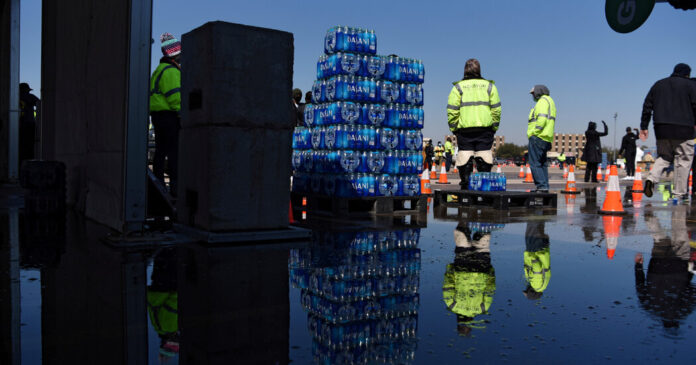 Millions of Houston residents were told Sunday night to boil their water before drinking it after a power outage at a water purification plant caused water pressure to dip and triggered a mandatory boil-water notice, officials said. The order prompted officials in Texas’s largest city to close public schools for at least one day.

Officials said the orders were issued out of an abundance of caution and that they had not received any reports of customers getting sick from drinking contaminated water.

“We believe the water is safe,” the mayor’s office said in a statement on Twitter late Sunday. “But based on regulatory requirements, we are obligated to issue a boil-water notice.”

Erin Jones, a spokeswoman for Houston Public Works, said that the agency, which serves about 2.3 million customers, is following state protocols and testing water samples. The boil order is likely to remain in effect until at least Tuesday morning, she said.

The notice prompted the Houston Independent School District and other smaller districts to announce Sunday evening that they would close all of their schools, offices and facilities on Monday. The district is the largest public school system in Texas and serves more than 194,000 students.

Houston Public Works officials said that they began to receive alerts about water pressure dropping around 10:30 a.m. Sunday. In some areas of the city, the pressure briefly dropped below required levels before recovering within about a minute, Ms. Jones said. But because the water pressure had momentarily dipped below the threshold of 20 pounds per square inch, the public works department was required to send out a notice to boil water, Ms. Jones said. The notice went out around 6:45 p.m.

Officials must now collect water samples and send them to a state laboratory for testing, where the samples must also be monitored for at least 18 hours before the boil-water notice can be rescinded, Ms. Jones said.

“The state of Texas is immediately responding and deploying support to Houston as they work to get a safe supply of water back online,” Gov. Greg Abbott of Texas said in a statement. “We urge those that the boil-water notice affects to continue heeding the guidance of local officials and take adequate precautions.”