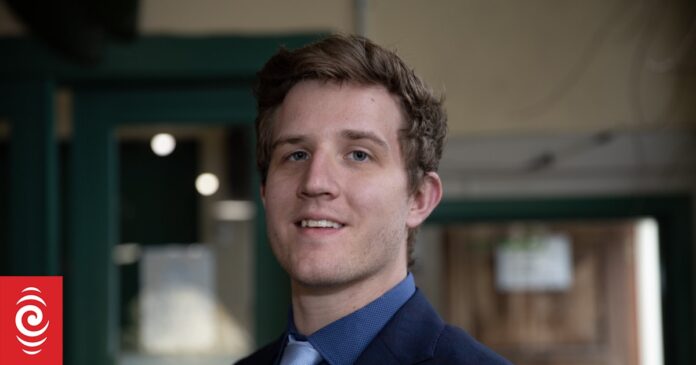 The country’s youngest mayor is disappointed his appointment of a deputy was challenged not long after it was announced.

Ben Bell, 23, has already faced controversy over expenses, holding a retreat for elected members in Cromwell that some councillors boycotted, and his desire to have an executive assistant.

Last week, the majority of councillors called for his chosen deputy, Stewart MacDonell, to be ousted soon after he was appointed.

Bell has not answered calls or responded to emailed questions sent by RNZ last week regarding the appointment or the requisition letter calling for a vote on MacDonnell remaining as deputy mayor.

In a statement to media on Monday, Bell said he decided to take a step back and work remotely last week to refocus and reflect after a long week of “challenging discussions”.

“In my reflection, I recognised change can be challenging and my commitment to Gore and my fellow councillors is to constructively and professionally work through this period of change,” Bell said.

“I realise my election as mayor may have come as a shock for some, and the changes flowing from that have been a concern to some of my peers.”

He was confident the council would be able to work through the challenges and work for the community if everyone was willing to focus on how best to support the community.

He described the councillor summit as two productive days with robust discussion.

“It is important we create a high-performing team and spend time together outside the council chambers, getting a wide range of information from a variety of experts.”

Councillors were all committed to achieving the objectives outlined in their electoral campaigns which would involve some upfront costs “to establish the right foundation for our team and organisation”, he said.

He stood behind his decision to appoint MacDonell as his deputy, but acknowledged that it had been made clear the role was important for the council and wider organisation as well as the mayor.

“I consider councillor MacDonell a respected and capable member of our team, who is committed to getting good things done in our community. While it is disappointing to have his appointment challenged in such a short space of time, we will find a way forward.

“Councillors will be meeting ahead of the extraordinary meeting to reflect on the challenge of deputy mayor.

“We will collectively work towards a solution benefiting the entire council. We need to allow everyone time to refocus on the Gore District and how we make good things happen effectively and efficiently.”

Diabetes and me: Wrestling with the causes of diabetes