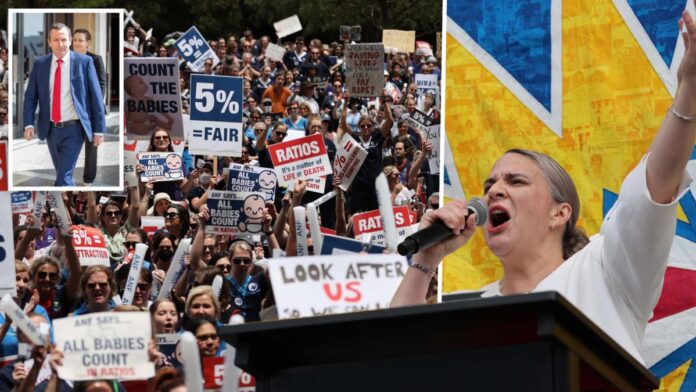 The Australian Nursing Federation has been ordered by the workplace umpire to handover its membership register and the electoral roll at the union’s recent, closely-fought leadership contest.

Samantha Fenn, who lost the campaign for union state secretary to Janet Reah by just 56 votes in October, lodged a complaint with the WA Industrial Relations Commission about the conduct of the election.

The registered nurse claimed there wasn’t enough time for union members to return their ballots and that there were “discrepancies” between the roll of voters and the ANF’s membership records.

The ANF objected to their release due to “confidentiality” reasons, but IRC chief commissioner Stephen Kenner on Wednesday ordered the documents be handed over by December 16.

The WA Electoral Commission must also release the electoral roll and any register of members it was supplied by the union, as well as correspondence and documents related to late ballot packages.

It means the ANF is now fighting battles on two fronts in the IRC, with the commission also attempting to mediate the union’s pay battle with the WA Health Department.

Ms Reah has repeatedly ignored the commission’s orders over the past fortnight, culminating in Friday’s State-wide strike that saw 3000 nurses march on Parliament and 341 elective surgeries postponed.

Meanwhile, it emerged Ms Reah’s predecessor, Mark Olson, has further entrenched his position in the organisation, despite disappearing from media duties in recent weeks.

Mr Olson, who was state secretary for 24 years before being appointed to the newly created job of chief executive in August, was appointed to the ANF branch council in September via a casual vacancy.

Ms Reah, who clarified she was still working “closely” with Mr Olson, said the union estimated it would cost the State an extra $36 million a year — on top of the pay rise already on the table — to clinch a deal.

The ANF wants a sweetener offered to nurses who mentor colleagues — a new annual allowance worth $1200 — to be extended across all nurses and midwives in the public sector.

At Friday’s rally, striking nurses and midwives were waving placards demanding the base salary rise on offer be improved from the current 3 per cent to 5 per cent.

“We need this $36 million pay rise to … retain, recruit and encourage nurses and midwives to work in WA. It will help fill the ratios that the Government has promised and it will deliver better outcomes for our community.”

Mark McGowan again urged the ANF to “come back and accept the offer that is available” and accused the union leadership of negotiating in “very bad faith” after reaching an agreement, only to later backflip.

“Last week, they accepted the offer and then they backflipped and campaigned against it, which is very bad faith on their behalf. That’s the offer, I urge them to accept it,” he said.

In an attempt to strengthen her argument that there was no agreement, Ms Reah produced a WA Health Department letter dated November 15 that said the union had a week to provide an in-principal agreement or the offer would lapse.