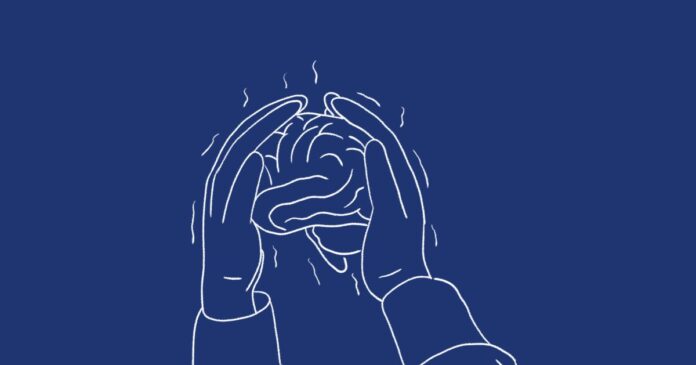 As a recession looms on the horizon, many people understandably are worried about their finances and job security. While these concerns are not unfounded, constant worry and stress about things that might go wrong take a toll on a person’s mental and physical well-being.

That was the situation my patient M. found herself in when she came to me several years ago for psychotherapy. She was terrified of being fired and teetering toward depression. “I don’t know what I would do if I lost my job,” she lamented in one of her first sessions with me. “Who’s going to hire a 55-year-old?”

As a psychologist who specializes in cognitive behavioral therapy, a treatment approach that aims to change thinking patterns, my job was to guide M. in challenging the thoughts that stoked her fears and fueled her stress. These thoughts were shaping her reality, but there was scant evidence to support them. As we explored the stories her mind was telling her — my boss hates me; I’m going to get fired — she realized they were more likely fiction than fact. Cognitive techniques gave M. a different perspective on her work situation and provided a lot of stress relief. Over the following weeks her mood began to brighten.

But a few months later, M. started our session with news: “So … I got fired.”

Traditional CBT is a powerful way to practice more helpful ways of thinking when our thoughts are misguided. It had helped so many of my patients to let go of unrealistic beliefs that fuel anxiety and depression. But, despite my almost two decades of clinical practice, I didn’t know what this therapy had to offer in a situation like M.’s when things really are as bad as the person believes. How could it help M. now that she was jobless?

I discovered the surprising answer through my own encounter with deep disappointment and loss. Shortly after my 40th birthday, my health started to fall apart, which eventually led to a deep depression. For more than a year I used the tools I had shared with my clients to question the scary predictions my mind was making — that my health would get worse, that our finances would collapse, that we would end up in major credit card debt. But then, one by one, each of these fears came true. I couldn’t reason my way out of my negative thoughts because they faithfully reflected reality.

The tacit premise of my approach, both with M. and with myself, was that well-being depends on things turning out the way we want them to. M. could be happy only if she kept her job. I would be OK as long as we didn’t lose our house. But what if we did? Even if the probability was low, the possibility was terrifying. As I looked deeper, I realized that examining our thoughts more closely not only helped when we were unduly worried — it was especially helpful when life didn’t go our way.

I found greater equanimity when I began to question my underlying assumption that maintaining life as I knew it was the basis for my peace of mind. In reality there was little evidence for that foundational belief. Countless people had lost much more than I had and still managed to find joy. I needed to look no further than my own parents, who had lost their home due to illness and bankruptcy; I had witnessed their ability to find happiness despite the resulting pain and upheaval.

I didn’t become indifferent to my health or our financial situation, but my peace of mind was no longer tied to them. This shift in thinking opened the door to mindful acceptance — the willingness to receive my experience just as it was. Living with mindful acceptance, writes the Buddhist nun Pema Chödrön in “The Wisdom of No Escape,” means “saying yes to whatever is put on your plate, whatever knocks on your door.”

Mindfulness helped M. to see through her assumption that life would be over if she was fired. The terror she had felt when she imagined all that could go wrong came from looking ahead only far enough to see things fall apart. But she came to understand that life would extend beyond her failures and setbacks; as long as she was alive, there always would be the next thing to do. Her financial situation was tight for many months as she looked for work, but she used her time off to strengthen her relationship with her adult daughter. Eventually she found another job.

Embracing all of life — even the rough parts — is a nearly universal tenet in wisdom traditions like Buddhism. It is foundational to Stoicism, for example, as expressed by the emperor and philosopher Marcus Aurelius in “Meditations”: “Accept the obstacle and work with what you’re given.” Similarly, the early Christian writer Paul told the church at Philippi that he had “learned to be content whatever the circumstances.” This open embrace of life is also the foundation for a new generation of mindfulness-based therapies.

M.’s newfound openness to an unknowable future helped her to connect with a deeper part of herself that was untouched by measures of loss and gain and could not be diminished by losing her job or the approval of others.

We can’t find true security in the hope that everything will work out the way we want it to. As the pandemic has taught us, the safety net we imagine is a fantasy. Lasting happiness comes not from chasing pleasure and avoiding pain, but from saying yes to it all.

Seth Gillihan, PhD, is a clinical psychologist and podcast host. He is the author of “Mindful Cognitive Behavioral Therapy: A Simple Path to Healing, Hope, and Peace,” which will be published in December.

Op-Ed: How to find freedom from ‘worst-case scenario’ thinking

32 children and daycare employees are rushed to hospitals after a...