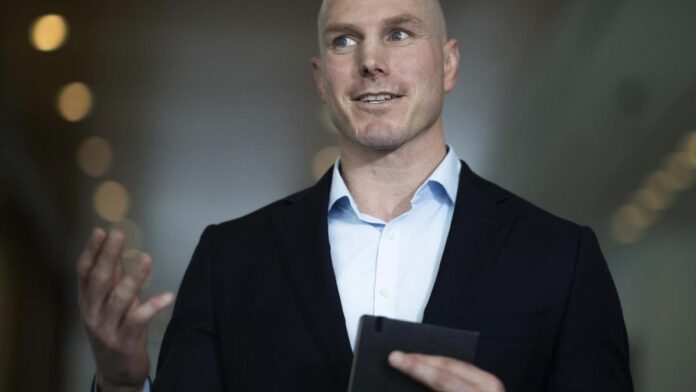 Labor is confident its wide-ranging industrial reforms will become law after the government secured the support of a crucial crossbencher, Workplace Relations Minister Tony Burke has said.

Mr Burke said independent ACT senator David Pocock had told him he would vote for the Secure Jobs, Better Pay Bill in the upper house this week, in exchange for a series of amendments.

Mr Burke made the announcement on the ABC’s Insiders program on Sunday morning after negotiating the deal with Senator Pocock on the contentious legislation late on Saturday night.

“We are confident that the Secure Jobs, Better Pay Bill will pass,” Mr Burke said.

“It hasn’t been an easy negotiation and Senator Pocock has been very clear on a series of principles that he wanted to look at.”

Senator Pocock was expected to cast the deciding vote on the Albanese government’s industrial relations reforms, which passed the lower house earlier in the month.

Labor doesn’t have a majority in the Senate, meaning it needs the support of The Greens and at least one crossbencher to pass legislation that doesn’t have the backing of the Coalition.

The Greens are expected to vote for support the Secure Jobs, Better Pay Bill.

The legislation has been met with fierce resistance from the opposition and employer groups.