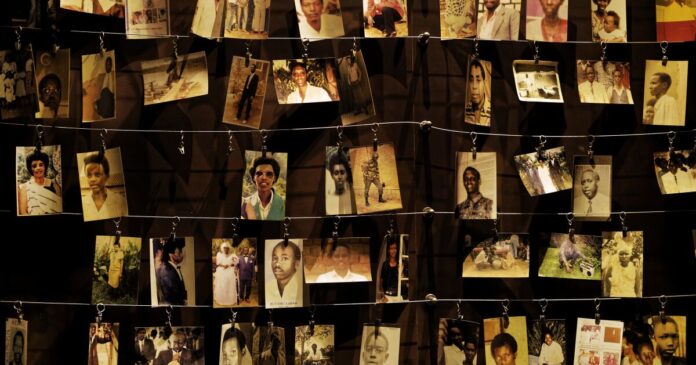 I once went to the village of Koreme in Iraqi Kurdistan and walked along a dirt road past a little brick school and a makeshift mosque to a dusty field of almond trees and high grass where all the males of the village — age 13 to 43 — had been taken in 1988 and told to squat, side by side. Iraqi soldiers then opened fire, and 27 Kurdish men and boys were killed. I spoke to one of the few survivors, who had hidden behind a tree with a bullet through his knee while his brother, nephew and neighbors lay dying in the dirt.

That massacre was part of the Anfal campaign, Saddam Hussein’s war against the Kurds, in which more than 50,000 people were killed. During my trip I was told, bitterly and not for the first or last time, that the West had failed to come to the defense of those who needed it. “Where were you?” one man asked.

I heard something similar from families taking shelter in a basement parking garage in southern Lebanon as bombs fell on the streets above. “Doesn’t President Clinton care what is happening here?”

I heard it again from refugees during the Sudanese civil war. “Why does the world allow such atrocities?”

I remembered those conversations as I watched “The Corridors of Power,” a new documentary by Dror Moreh, whose 2012 “The Gatekeepers” received an Oscar nomination. In the new film, which opened in theaters in Los Angeles on Friday, Moreh asks senior American policymakers to explain — through the prism of crises in Rwanda, the Balkans, Iraq, Syria and elsewhere — why the United States so often fails to protect civilians in danger, despite its enormous power and, usually, good intentions.

If there’s one person Moreh seems to admire, it’s Samantha Power, the former U.S. ambassador to the United Nations (now heading the U.S. Agency for International Development). Powers, a longtime proponent of stronger U.S. action to prevent genocide and other humanitarian disasters, lays out the central question of the film.

“What is it about all these people of good faith,” she asks, “who go into public service to try to make the world better and then somehow this conception of national interest, this stoic, cold and clinical conception of what we’re in government to do, takes over and we forget about the people who might have drawn us into this enterprise in the first place?”

To Moreh’s credit, the film isn’t simply about chastising the U.S. for its failures; it seeks to understand how the decisions get made.

We don’t always recognize the dangers in time. Or we see no exit strategy. Or we’re not willing to sacrifice American lives.

Sometimes our allies won’t support us, or worse yet, they are the perpetrators of the violence. Or there’s no critical U.S. interest — such as oil — at stake. Or we fear another Vietnam or Somalia or Afghanistan.

Sometimes it’s an election year. Or maybe Americans simply are thought to have no stomach for another foreign adventure. Or the cost — financial, political or human — is greater than we’re willing to bear.

Consider: Will the U.S. or any other country intervene to defend the Uyghurs, who are being imprisoned, beaten, subjected to forced labor, forced sterilization and worse in China’s Xinjiang region — even though it could mean war with Xi Jinping?

“The minute you walk into the White House situation room, you immediately recognize that you’ve got a collection of imperfect people with imperfect information about what’s going on, facing imperfect choices in an imperfect process,” Jake Sullivan, who now serves as President Biden’s national security advisor, says in Moreh’s film. “…So it shouldn’t come as any surprise that you end up getting imperfect results.”

In one moving scene, former national security advisor Anthony Lake acknowledges he should have learned more about Rwanda and become more involved before 800,000 people were killed in three months in 1994. He’d heard the rumblings, but he was facing crises in Haiti and in Bosnia-Herzegovina and didn’t focus.

Former Assistant Secretary of State John Shattuck adds context: The Clinton administration wasted time bickering over whether to label the Rwanda slaughter a “genocide.” Officials worried, as one memo put it, that an official finding “could commit the USG to actually ‘do something.’ ’’

Here’s another case of inaction. In 2012, President Obama said that if Syrian President Bashar Assad used chemical weapons against his own people it would cross a “red line” and result in “enormous consequences.” But when Assad did just that, Obama did not respond , because he lacked support from Europe, the U.K. or the U.S. Congress. Some believe that lack of consequences emboldened despots everywhere; others believe Obama acted rightly to de-escalate the situation.

But the film will convince you: The U.S. needs a strong, consistent moral foundation in its foreign policy and must work, in cooperation with like-minded governments, against genocide and other man-made catastrophes.

As Powers says: “There is a sense in many circles that promoting your values is somehow discordant with your interests. My own view is that more often than not, that is a false dichotomy.”

What is the Equal Rights Amendment?