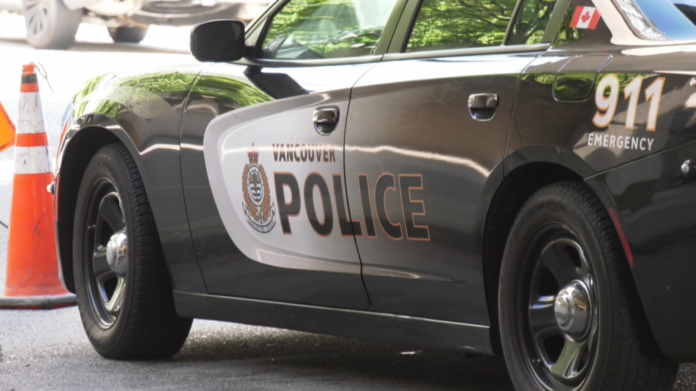 
The annual report from B.C.’s Office of the Police Complaint Commissioner was released this week, detailing a number of troubling incidents involving law enforcement – including one in which a Vancouver cop had sex with a high school student in another country.


That officer, who is not named in the report, was initially accused of sexually assaulting the teenager during a vacation in March 2018, but was ultimately acquitted.


An internal investigation still determined the member of the Vancouver Police Department had failed to take “any reasonable steps to determine the age” of the girl, which amounted to discreditable conduct that was punished with a reduction in rank to second-class constable.


The OPCC’s report includes the findings of dozens of investigations concluded between April 2021 and March 2022, many of which began years earlier.


There were 735 new complaints lodged against police across the province during that period as well, an increase of 26 per cent from the previous year. Of those, the OPCC assigned 261 for investigation or attempted resolution, which is approximately the same number as the year before.


Another alarming misconduct case outlined in the report involved an officer from the Abbotsford Police Department who had assaulted and stalked his estranged wife over a period of six months, during the breakdown of their marriage.


The officer, who is also unnamed in the document, placed a GPS tracker on his wife’s vehicle on two different occasions and subjected her to “unwanted communications” by text, email, notes and phone calls.


He also entered her home while she was away, accessed a police database inappropriately, and “made inquiries with respect to his estranged spouse in contravention of departmental policy,” according to the report.


An internal investigation launched in 2017 resulted in a recommendation that the officer be suspended 16 days without pay – a punishment the OPCC found lacking, given the “serious, sustained and deliberate” nature of his behaviour. An adjudicator ultimately decided to increase the length of his unpaid suspension to 75 days.


ROUGHING UP FAMILY DURING WELLNESS CHECK


One investigation dating back to 2016 saw two Vancouver police officers force their way into a family’s home, where they roughed up a father, punched his son and threw his daughter to the ground.


The officers – also unidentified by the OPCC – were performing a wellness check approximately two hours after a neighbour had called and accused the father of slapping his wife.


Police pushed their way into the home without a warrant, where they allegedly “punched, kicked and struck (the father) numerous times using a baton, elbows, legs, and a head-butt,” according to the OPCC report.


The man also complained that the officers punched his son at least three times in the face. The incident ended with the husband, wife and son being arrested, held overnight and charged with assault – charges that were ultimately stayed due to unreasonable delays in the prosecution.


An adjudicator found the officers had entered the property illegally and ended up using excessive force as a result of “unreasonable and reckless” actions, noting they were not responding to an assault in progress at the time.


One of the officers was given a reduction in rank and the other received an eight-day suspension, and both were ordered to undergo training on use of force, grounds for arrest, de-escalation, and responding to reports of intimate partner violence.


There was also a 2020 misconduct case in which an officer deleted a potentially damaging video recording from a cellphone that authorities had seized from an innocent man.


That incident, which also took place in Abbotsford, happened as officers were responding to a break-in at a local business and mistakenly identified someone working in the area as a suspect.


Police accused the worker of being “confrontational” and non-compliant, which resulted in two officers drawing their guns and aiming them in his direction as he recorded them on his phone, according to the OPCC report. A third officer was also present carrying a bean bag shotgun.


Police placed the man in handcuffs, and one officer took his cellphone and deleted the video – something the OPCC described as serious misconduct that brought “scrutiny and disrepute” onto the officer’s department.


The unnamed officer was given a five-day suspension, in part because he reported his own misconduct to a supervisor shortly after deleting the video.


In the report, Police Complaint Commissioner Clayton Pecknold notes the ongoing conversations around policing reform in British Columbia, including the push for increased accountability, and stresses the importance of oversight in law enforcement.


“Policing institutions are strong and consistent advocates for their interests, having considerable access to the halls of power within the levels of government,” Pecknold says in an introductory message. “This access is often hidden from the view of the public and far outstrips the access available to the average British Columbian; most significantly to those who are vulnerable or marginalised.”


But the commissioner also cautions against political interference in the OPCC’s work, arguing that independence from both government and law enforcement influence is crucial to the complaints process, which he describes as “necessary to protecting overall public confidence in police.”


“Policing in Canada derives its legitimacy from the consent of the public to be policed. Canadians must therefore have confidence that police powers are exercised impartially and within the law, regardless of partisanship or privilege,” Peckinold says. “This confidence is buttressed by transparency.”


A lack of transparency around police misconduct cases was one of many issues identified by an all-party committee tasked with recommending reforms to B.C.’s Police Act earlier this year.


The committee’s report included calls for a searchable database of police misconduct cases, including from the Ministry of Public Safety.


The Native Courtworker and Counselling Association of B.C. told the committee that some officers “continue to serve in the community they have allegedly victimized because the outcomes of criminal investigations of police are not made public.”


The OPCC currently only releases information on misconduct investigations under limited circumstances, including when matters are referred to a retired judge for adjudication.


For the most part, officers’ names are never made public, even when the complaints are found to be substantiated – unlike B.C. teachers and nurses, who are routinely publicly identified for a wide variety of misconduct.