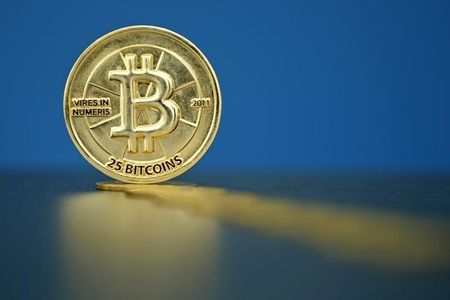 Singapore-based Matrixport is out to raise funds. The firm, which is among the largest crypto-lenders in Asia, is seeking a funding of $100 million amid a brutal market for lenders as the crypto-industry deals with the fallout from the collapse of FTX.

Matrixport seeking a valuation of $1.5 billion
Matrixport is headed by Jihan Wu, the man who founded crypto-mining behemoth Bitmain Technologies. The lender counts popular names like Tiger Global and Dragonfly Capital among its backers, who invested more than $100 million last year to bring its valuation to $1 billion.

The latest funding round seeks to bring that valuation up to $1.5 billion. According to a report by Bloomberg, Matrixport’s lead investors have already committed $50 million to that valuation. The deal is yet to be finalized as the lender looks for additional investors to conclude its $100 million funding round.

“Matrixport routinely engages with key stakeholders as part of its normal course of business, including investors keen to participate and enable our vision as a digital assets financial services provider,” said Ross Gan, Matrixport’s Head of Public Relations. The company confirmed its plans to raise funds in a tweet shortly after the report by Bloomberg went out.

Fundraising amid a lending crisis in the crypto-industry
The timing of this fundraising round stands out, given that the crypto-market is currently struggling in the wake of FTX’s implosion, especially lenders operating in the crypto-space. Matrixport’s top rival, Babel Finance, still hasn’t recovered from the collapse of earlier this year.

Other crypto-lenders who have declared bankruptcy or are on the brink of insolvency include BlockFi, which managed to survive the aftershock of the first crypto-contagion, and Genesis Global Capital, which is desperately looking for a $1 billion capital injection in order to stay afloat.

The Bitmain connection
Jihan Wu’s star venture Bitmain also seems to be dealing with the ongoing crypto-winter. The overall performance of the crypto-mining industry in Q3 and Q4 has been rather worrisome. Popular names like Compute North filing for chapter 11 and others facing a sharp decline in their share price has translated into a bearish outlook for this sector.

It’s safe to say that Wu’s other business isn’t exactly healthy, especially when one considers the fact that one of those troubled mining firms, Iris Energy, defaulted on a $103 million loan owed to Bitmain. Bitmain also had considerable exposure to the defunct crypto-hedge fund Three Arrows Capital. Interestingly, Bitmain-backed Bitfufu has a $11.7 million exposure to FTX

Many Republicans think the NFL does too much for Black players...