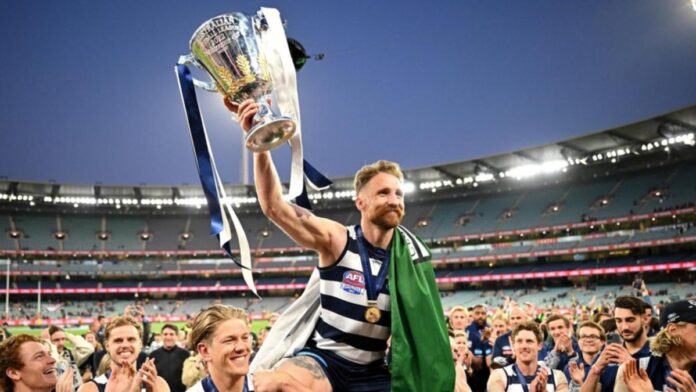 Mullin signed with the Cats at the end of 2021 but opted to remain at home in Ireland this year.

The 22-year-old played the Gaelic Athletic Association season with Mayo, establishing himself as one of the competition’s best defenders.

Geelong list manager Andrew Mackie remained in contact with Mullin throughout the year and on Friday confirmed the player will link up with the Cats as a Category B rookie.

“As a club we appreciate the magnitude of moving overseas and understood Oisin’s reasons for remaining in Ireland and not joining us for this season,” Mackie said.

“We are thrilled he will now join the Cats for season 2023.

“He is a gifted talent, however, most importantly a quality person who will be a great addition to our playing squad.

“Oisin has had another impressive season with Mayo and we are looking forward to welcoming him and his partner Jess to the club and to Geelong.”

Tuohy and O’Connor this year became the first Irishmen to play in an AFL premiership since Sydney’s Tadgh Kennelly in 2005.

Dwelling finals on the road in A-League