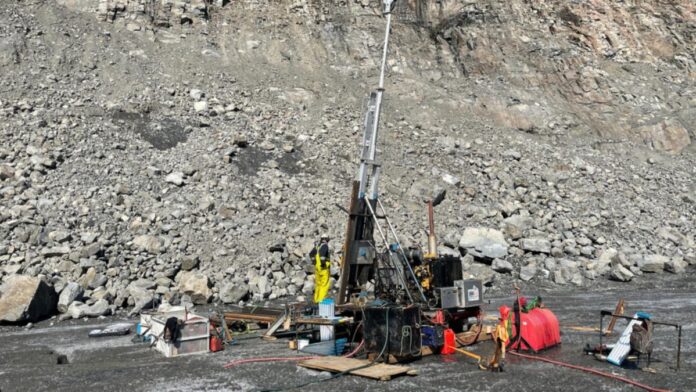 Multi-metals explorer Conico has confirmed anomalous levels of copper, nickel, gold and platinum group elements at its Ryberg project in Greenland after receiving assays from its latest drill campaign.

A total of 11 diamond drill holes were completed across four prospects during the Greenland field season, targeting a host of elements at the company’s Sortekap, Miki, Cascata and Pyramid prospects.

Assays have been returned for nine of the 11 holes drilled that confirm the presence of copper-nickel-PGE mineralisation in dykes at the Miki and Sortekap prospects in addition to gold mineralisation in a previously unknown quartz vein zone at Sortekap.

Drilling at Sortekap was targeting induced polarisation chargeability and magnetic anomalies previously identified from data collected over the past two years.

The 2022 exploration tested only 3.5 kilometres of the approximately 50-kilometre-long Miki dyke and successfully intersected highlight anomalous copper, nickel and PGEs. Drilling at Sortekap also highlighted the potential of the vast Togeda Dyke to host similar styles of mineralisation in addition to orogenic gold mineralisation

The explorer says the 4521 square kilometre Ryberg tenement is in an under-explored igneous rock mineral province.

The company is currently awaiting diamond drill results from its 2022 campaign at the Mestersvig project where the company successfully hit lead-zinc mineralisation along strike from the Blyklippen mine. The historic operation produced a total 545,000 tonnes of ore at 9.3 per cent lead and 9.9 per cent zinc between 1956 and 1962 and is on the east coast of Greenland, 5km from the Mestersvig military base. Previous surface grab sampling at Mestersvig returned results of 7.0 per cent copper, more than 10 per cent lead, 0.8 per cent zinc and 273 g/t silver.