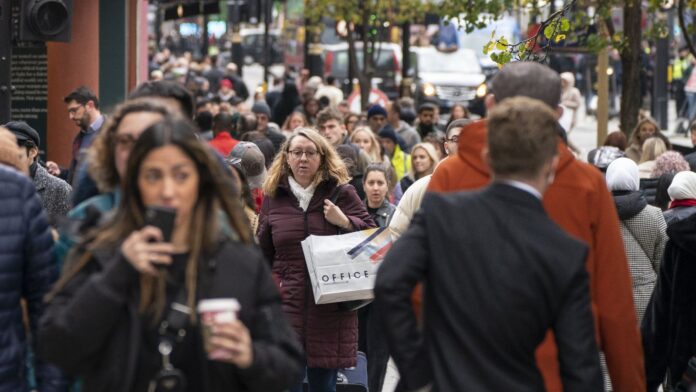 Thousands of shoppers are expected to be heading to their local high streets and retail parks or scouring the websites of their favourite shops as Black Friday gets under way.

But consumer group Which? has warned that there are a few deals that should be avoided, highlighting a pair of child car seats, a TV, a dishwasher, a laptop, and fridges and freezers.

Which? said it had tested the items and concluded that they “could be a waste of money for shoppers – at a time when many can ill afford it during the current cost of living crisis”.

Products it said had raised red flags were:

This was being sold on Amazon at a discounted price of £40 from its pre-sale price of £50.

Which? said the seat meets legal safety requirements under R44 regulations, but due to poor side-impact protection, it was not recommended.

Which? said the car seat is only legally required to pass front impact testing, but its own test includes side impact.

Amazon said the car seat is not currently available as a Black Friday deal. When Sky News looked on the website, it was listed as “out of stock”.

This also performed poorly in Which?’s side crash test, although it met legal safety requirements under R44 regulations.

Which? said: “The product’s sizing is not quite right, meaning children weighing 25kg are slightly oversized for the seat, leaving them exposed.”

A retailer which did have the car seat on sale said it had since been removed, although it is offered by a number of other outlets.

Described by Which? as “absolutely abysmal”, with criticism of its poor motion control, dark contrast and a palette that skews too red, this TV is being sold by Argos for £249, down from £349.

“We regularly review our ranges and overall the Hisense range has received positive feedback from our customers.”

Sold by Currys for £289, down from the original price of £369, but Which? said its tests found the appliance had an inconsistent temperature and is slow to freeze food, estimating it would cost households almost £50 extra a year to operate under the current energy price guarantee.

Sky News has sought a response from Currys.

Criticised by Which? as energy inefficient and slow to refrigerate food, this product is reduced to £399 from £479 at AO.

AO also has a dishwasher – Hisense HV651D60UK – on sale for £379, down from £399. Which? said its filters were likely to need cleaning every third wash cycle, and that it was loud.

An AO spokesperson said: “The fridge-freezer named by Which? has been rated 4.8 stars out of 5 by over 400 of our customers, while the dishwasher also scores highly at 4.4 stars out of 5 with over 150 reviews.

“Which? is, of course, entitled to its own opinion, but our customer reviews from real families using these products speak for themselves.”

Singled out by Which? for “terrible performance and short-lived guaranteed security support”. It is on sale for £160 at Amazon, down from £200. Amazon did not supply a separate comment on this.

Natalie Hitchins, Which? head of home products and services, said: “Our research has found so-called Black Friday bargains that could end up being a big let-down and money down the drain for people who buy them.

“The cost of living crisis makes it even more important that people can make their money go further with savvy purchases in the sales. Only buy products if you really need them, and do your research, so you don’t end up with a certified dud.”

Placing down Geronimo the alpaca is the suitable choice, cupboard minister...

PM promises to take back control of energy costs with nuclear...