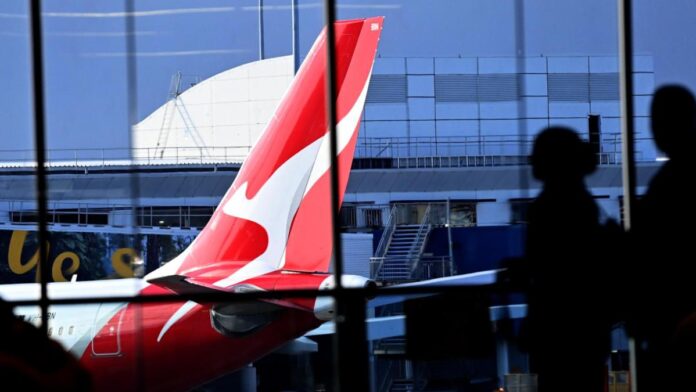 Senator Tony Sheldon said Qantas was a “wonderful company” with “wonderful staff” that was being let down by its management’s decisions regarding worker pay and conditions.

His comments come after 99 per cent of Qantas’ 1200 domestic flight attendants voted in favour of industrial action over a protracted pay dispute.

The Flight Attendants’ Association of Australia has called on Qantas to provide a fair offer to staff who have spent several years on expired enterprise agreements and effectively had their wages frozen as a result.

The union says Qantas can afford to pay higher wages as demand for travel rebounds following the Covid-19 pandemic.

Senator Sheldon said the airline was now attempting to move 1300 other workers off their enterprise agreement and onto individual contracts with worse conditions.

He claimed Mr Joyce had compromised safety at the airline with the 2020 decision to outsource baggage handlers and other ground crew staff during the pandemic.

“When you take the low road, then that’s what you end up with in an airline, the low road, and there are safety consequences as well as consequences for the workforce and for the travelling public,” Senator Sheldon told Sky on Thursday.

Senator Sheldon is a former Transport Workers’ Union national secretary and a long-time outspoken critic of the national carrier.

He has spent the past two days attacking Qantas after the airline slammed Labor’s wide-ranging industrial relations reforms and warned the legislation could result in some marginal flight routes being shut down.

With the Secure Jobs, Better Pay Bill about to go to the Senate, Senator Sheldon has this week repeatedly accused Mr Joyce and other executives of “mongrel corporate gorillaship”.

Senator Sheldon said the Bill would prevent companies such as Qantas from tearing up enterprise agreements and moving their workers onto contracts with worse conditions.

Senator Sheldon noted on Thursday he had borrowed the “corporate gorillas” line from the chief executive of the Australian Energy and Resources Employer Association, Steve Knott.

Mr Knott, who, incidentally, is not a fan of Labor’s proposed industrial relations reforms, had used the term to describe angry mining executives.

Qantas disputed Senator Sheldon’s claims that any decisions made by management about staffing had compromised safety at the airline.

“The data shows that safety incidents and workplace injuries are even lower than they were pre-Covid,” a spokesman said.

“Aviation is one of the most closely scrutinised industries in Australia and Qantas would never, ever compromise on safety.”

Melbourne smoked out by planned burns