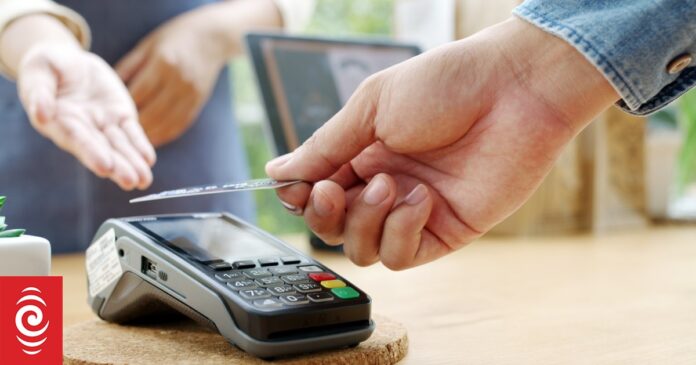 Retailers say shoppers are already curbing their spending after the hike in the official cash rate.
Photo: 123RF

Some Wellington retailers say shoppers were already curbing their spending before the Reserve Bank asked New Zealanders for help cooling the economy.

The Reserve Bank has asked New Zealanders to rein in their purchases, in an effort to create a slight recession and take some heat out of the economy.

Despite this, Black Friday sales are underway around the country.

Reserve Bank governor Adrian Orr, responding to questions from MPs at the finance and expenditure committee on Thursday accepted the central bank was engineering a recession to combat inflation.

“The quicker inflation expectations come down, the less work we need to do and the less likely it is that we have a prolonged period of low or negative growth,” he said.

Shoppers on the streets of Wellington on Thursday told RNZ said that was no problem – they had less money to spend anyway.

“The eye sees what it wants, and yet the pocket is saying otherwise,” one said.

Another said he was “just living within my own means”.

Another shopper said: “I think it will affect what I do, in the sense that my money won’t go as far, and I’ll probably look more for bargains.”

“I think some people are already spending less,” said another, “probably because they haven’t got the money to do anything else.”

Businesses were noticing a slow down, too.

Julie Gubb from Gubb’s shoestore in central Wellington said these days there were fewer customers, with less appetite for spending since the pandemic began.

Foot traffic past the store was down by half on pre-pandemic levels, she said.

“That’s probably a result of people working remotely, but I’m sure that they probably have got into a habit of needing less, and buying less.”

The store had been trading for more than 70 years, opened by Laurie Gubb in 1946, and then passed down to his son, Julie’s husband Paul.

Julie Gubb said the plan was to close the store at the end of the year, as they opted out of a difficult retail market.

The owner of Cuba Street art and clothing store Chili, Micky Mo, said the first two years of the pandemic were tough, but this felt tougher.

“The vibe has changed,” Mo said. People were less excited and prepared for Christmas, with no spike in customers around this time as she would normally expect.

For this year’s Black Friday sale, she would be discounting more things, and by larger amounts, to try to meet people’s budgets.

The bank’s advice would be a difficult pill for businesses to swallow, especially those which struggled to get through the pandemic, he said.

Abuse in care inquiry: Victims distressed as wait for compensation drags on

Gottfried Lindauer paintings stolen five years ago have been recovered

Educational groups at odds over mandatory reporting of child abuse

Explained: What the traffic light system is and how it works

Dozens of fatalities pinpointed under scenario of armed police