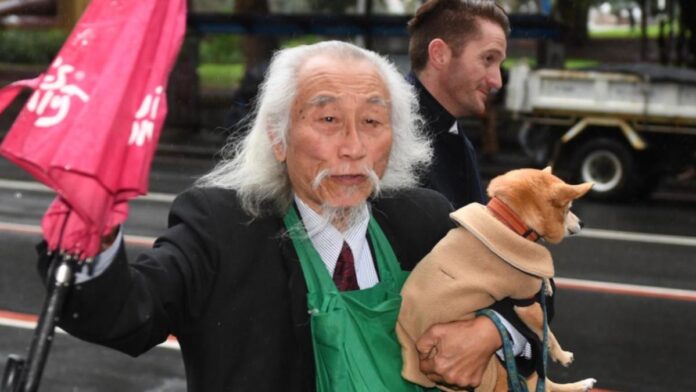 Mr Lim was arrested at Sydney’s Queen Victoria Building on Tuesday after allegedly refusing to comply with a move-on notice.

Video of the encounter showed him being forced to the ground head first, before police abandoned the arrest after realising the 78-year-old’s face was bleeding and h

He was taken to St Vincent’s Hospital and later diagnosed with skull damage and a subdural hematoma.

Mr Lim was released from hospital on Thursday morning, his lawyer Chris Murphy wrote on Twitter.

The arrest will be subject to an internal review, to be independently overseen by the state’s Law Enforcement Conduct Commission.

The premier said he supports the investigation and wants action taken if it’s found that wrongdoing occurred during Mr Lim’s arrest.

“I believe having the oversight of the LECC is entirely appropriate,” Mr Perrottet told reporters.

“If any wrong things occurred then I expect the strongest action. The LECC has a purpose. It’s an independent body.

“It will oversee that investigation. I believe that’s the appropriate course of action.”

It comes after reports of an internal investigation sparked criticism and a protest at Surry Hills Police Station on Wednesday.

Deputy Premier and Police Minister Paul Toole later clarified that an internal investigation would be independently overseen by the commission.

The commission said it had begun using its monitoring powers to follow the police investigation into its contact with Mr Lim on Tuesday, including the use of force.

The commission has powers to be present during police interviews, access the police misconduct database, access all footage relevant to the investigation, discuss the investigation with police and request progress reports.