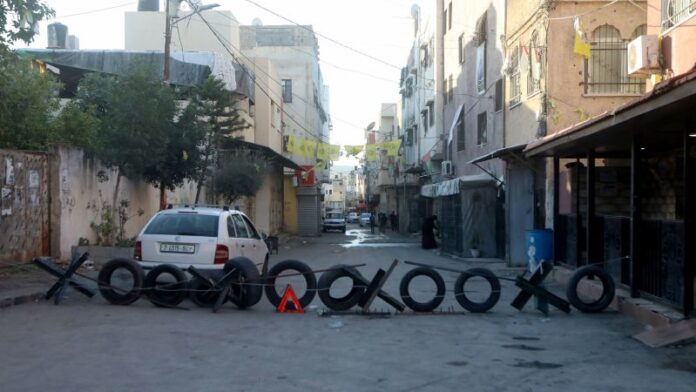 Palestinian gunmen stormed a hospital in Jenin and seized the body of a young Israeli Druze civilian who had been in a car accident in the West Bank, authorities on both sides of the conflict said Wednesday. The gunmen are demanding the return of the bodies of Palestinians killed by Israeli troops, they said.

The victim, identified as Tiran Ferro, was involved in the accident on Tuesday alongside another civilian, Israel Defense Forces (IDF) said in a statement. He is a member of the Druze minority, community leaders told CNN.

Ferro’s father told Israeli media the teenager was alive and taken off life support in a hospital by a group of Palestinian gunmen.

But Jenin governor Akram Rajoub told CNN that Ferro was dead when his body was taken.

Ferro’s father said: “When we were in the hospital, we were standing in front of the intensive care unit. My son was connected to the ventilator and had a heartbeat. I was with my brother and my son, suddenly a gang of 20 masked men entered the room screaming. We stood by and there was nothing we could have done.

“They kidnapped the body in front of my eyes,” Ferro’s father told reporters on camera.

The Jenin Brigade, a Palestinian militant group based in the West Bank refugee camp, said in a statement obtained by CNN that it was holding the body of Ferro and demanded Israel hand over all the bodies of Palestinians killed by the IDF in Israel’s possession. The group also said it had raised the state of alert among its members in anticipation of Israeli forces storming the Jenin camp.

Israeli Prime Minister Yair Lapid vowed Wednesday that “the kidnappers would pay a heavy price” if Tiran’s body was not returned: “Israel has proven in recent months that there is no place and no terrorist that it does not know how to reach.”

Lapid said Ferro was going to celebrate his 18th birthday on Thursday.

Tor Wennesland, UN Special Coordinator for the Middle East Peace Process, is involved in the negotiations with the Palestinian group for the release of Ferro’s body back to Israel, a spokesperson told CNN.

The IDF said Ferro and another person had entered Jenin via the Gilboa-Jalame crossing, which has since been closed following Wednesday’s explosions in Jerusalem.

The other person involved in the accident was severely injured, they added.

The IDF said the body of the deceased was taken from the hospital and is expected to be returned to Israel shortly, “as a required humanitarian act.”

Following the two blasts Wednesday in Jerusalem, Israel’s Ministry of Defense decided to close the Gilboa-Jalame and Salem crossings after a security evaluation, a spokesperson for the Coordinator of Government Activities in the Territories (COGAT) said.

Tensions have been particularly high for months in Jenin amid a surge in armed assaults on Israeli troops and civilians this year.

Few Israelis wished a pacesetter to the proper of Netanyahu. Naftali...

Jerusalem Day: Temple Mount to be closed to Jewish guests