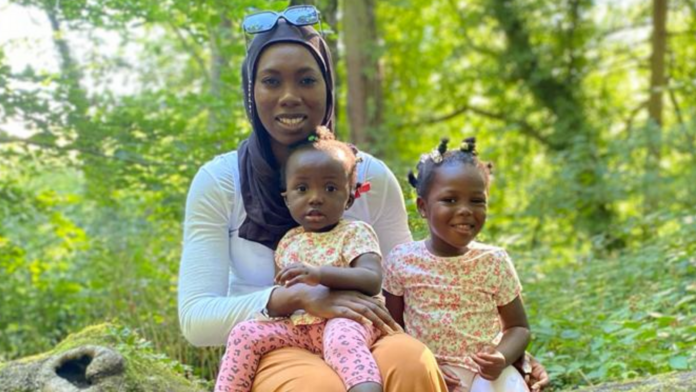 A man has been charged with the murders of a mother and her two young daughters following a flat fire in Nottingham.

Fatoumatta Hydara and her children – Fatimah, three, and one-year-old Naeemah – died in hospital after the blaze at their Clifton home on Sunday.

Nottinghamshire Police said on Thursday that Jamie Barrow, 31, has been charged with their murders.

A joint fire and police investigation concluded that the blaze was started deliberately.

Ms Hydara and her daughters were taken to Queen’s Medical Centre after the fire in Fairisle Close in the early hours of Sunday, with the sisters pronounced dead at the hospital.

Police said their 28-year-old mother had been placed on a life support machine, but died on Tuesday morning.

Barrow, of Fairisle Close, will be kept in custody overnight to appear at Nottingham Magistrates’ Court on Friday.

Assistant Chief Constable Rob Griffin, of Nottinghamshire Police, said: “Our thoughts remain with the family at this incredibly painful time, as well as the communities that have been affected by this most tragic of incidents.

“The grief this family has been put through is incomprehensible.”

He said large teams of detectives have been “working relentlessly” alongside specialist search units and forensic experts to understand the full circumstances behind the fire.

“Following those inquiries, we have charged a suspect with three counts of murder,” he said, adding that officers were doing everything they can to gain justice for the mother and children.

“Fatoumatta is such an incredible person. She wouldn’t even hurt a fly.

“She wouldn’t hurt anyone in her life. It’s really hard.”

Another uncle, Bubacarr Dibba, added: “Fatoumatta is the best friend of her mum. That’s the main thing I’m fighting with, how my sister will live without her daughter and the only grandchildren. It’s just so tragic.”

Aboubacarr Drammeh, the father of the children and husband to Ms Hydara, was supported by relatives and dozens of members of the Gambian community as he visited the scene to pray for his family.

On Wednesday, the 40-year-old released his own statement saying: “It is with great sadness that we have lost Fatoumatta and our two daughters in such a tragic way.

“Fatoumatta had lived a short but very beautiful and fulfilling life. A former voluntary worker, Fatoumatta was a very happy, bubbly woman.

“I and my in-laws are left without any daughters, grandchildren and nieces. I will deeply miss my family.”

Nottinghamshire Police previously said they had 40 detectives working alongside specialist officers to investigate the murders.

Police have been searching gardens and nearby pathways close to the flat in the Clifton area of the city and continue to gather CCTV and witness statements.

Tributes to ‘bright and talented’ girl, 5, who died after catching Strep A

COVID-19: Fraud and laptop misuse crimes rise by greater than a...

Kids as younger as 13 are being recruited by far-right extremists,...