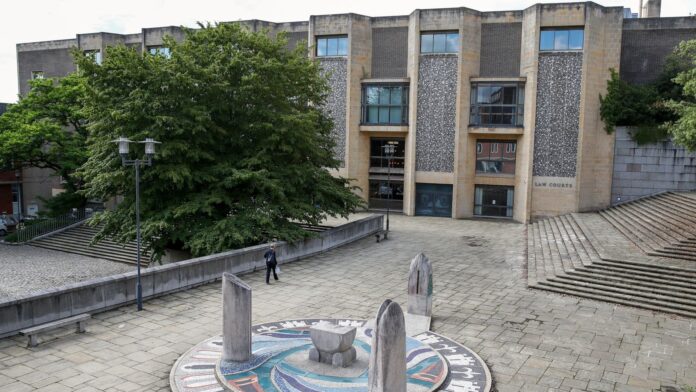 A man shared explicit photos and videos of his ex-girlfriend with his mother, who then sent them onto the girl’s father, a court has heard.

Matthew Cooper-Collyer, 23, of Monkton Deverill, Wiltshire, is currently on trial at Winchester Crown Court, Hampshire, accused of threatening to disclose private sexual photos with the intent of causing distress.

Cooper-Collyer’s 41-year-old mother, Lynda Cooper, of the same address, pleaded guilty to the same charges as well as a second offence of malicious communications after sending the content.

Prosecutor Helen Easterbrook told the court that the defendant’s mother suggested, in a Facebook conversation with him, that he send images to her after he recently split up with his girlfriend.

“The allegation is Mr Cooper-Collyer has shared these photos and video, they were of a private nature,” Ms Easterbrook said.

“He did it without her permission and when he did it, he did it not by accident but intending that it would upset her, it would cause her distress.”

Ms Easterbrook added that Cooper had written that she would “give her drama like she loves” and, in reference to the images, added: “Love them, perfect shots, you should have been a photographer.”

The prosecutor said that after Cooper-Collyer shared two intimate photos and a video with his mother, she then sent them to the father of the defendant’s ex on the day before the victim’s birthday.

She said the father “checked his mobile phone and found he had received two photos and a video which showed his daughter in sexually explicit poses”.

During a police interview, Cooper-Collyer said his mother had access to his phone and had sent the images without his permission.

He said: “I left my phone for five minutes to go to the toilet, when I got my phone these pictures had been sent and I questioned her.

Cooper-Collyer denied sending anyone private sexual photos or videos when giving evidence in court. He said that in the Facebook conversation with his mother, he said he had sent them, but he told the court he had not done so.

“She has got bipolar disease and she can be very difficult to come to terms with and talk to if she is having a bad day, which she was, sometimes it’s easier to agree to a certain extent, to keep her quiet,” Cooper-Collyer said.

Giving evidence, Cooper said she took the images from her son’s phone without his permission and added: “He is innocent through this whole thing. He didn’t agree to any of the pictures.”

Mom jailed for 9 years for manslaughter of child