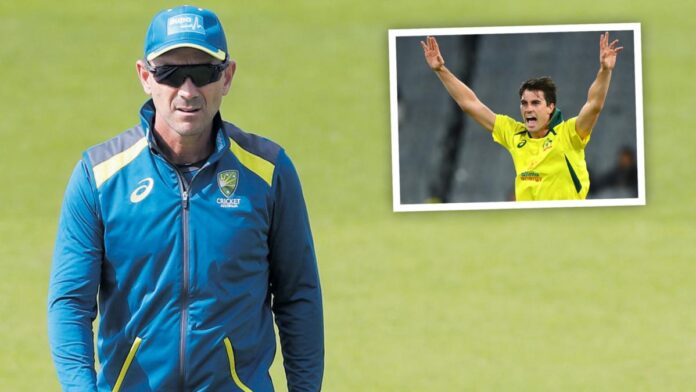 Former Australian cricket coach Justin Langer has put claims of a rift between him and Pat Cummins and the rest of the Australian players to bed but remained quiet on how he felt about the Cricket Australia hierarchy.

Langer appeared to reignite the feud from his abrupt departure from the head coach role earlier this year by spraying Cummins and Aaron Finch on a podcast for giving “soft” feedback.

However, speaking to Channel 7 ahead of taking up a commentary gig for the Test matches against the West Indies and South Africa starting in Perth on November 30, Langer rubbished claims he was attacking the pair.

“Some of this rubbish is complete and utter rubbish,” he said.

“I have so much respect for Patty Cummins; he’s a brilliant player and an outstanding human being, so any thought that there is war (between) us could not be further from the truth.

“If you listen to the podcast, I was actually praising Pat, Finchy, and Tim Paine for giving the feedback.”

In the wake of the podcast comments, Cricket Australia chief executive Nick Hockley fired back in an attempt to protect his players, saying Langer’s statements were “inaccurate” and the coach had received “regular formal and informal opportunities to provide and receive feedback”.

The comments also sparked rumours of a rift between the fiery coach and the players, but Langer says he has been in touch with the group since his departure.

“Ironically, I spoke to Patty on Monday, and we had a long talk on how the team was going, how he’s going and how his family’s going,” he said.

“Two days before, I got birthday messages from all the boys.

“I’ve been in touch with all these boys ever since I left the team.

“I loved my four years as coach of Australia; it was brilliant; it didn’t end as I would have liked, but that’s life, that’s the business, and it’s a tough business.”

Pat Cummins and the Australian team arrive in Perth next week, with many expected to catch up with Langer ahead of the first Test.