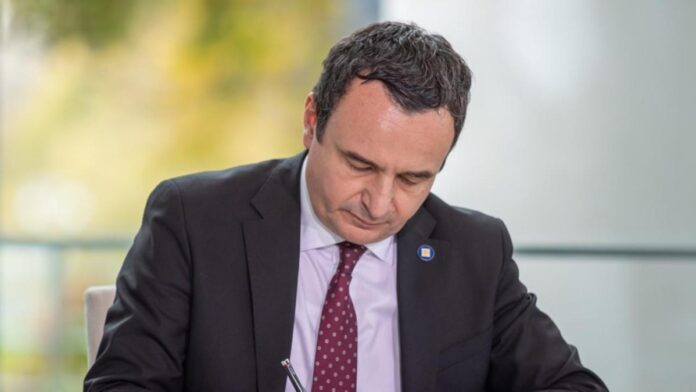 Kosovo and Serbia will reach a final deal to normalise relations before spring 2023, Kosovo’s Prime Minister Albin Kurti has told parliament, a day after the European Union brokered a deal to end a car licence plate dispute.

The nearly two-year-old dispute over replacing old plates issued by Serbia goes to the heart of divisions between Kosovans and ethnic Serbs living in the country’s north who consider themselves part of Serbia.

European countries have warned it could escalate into violence.

Following Wednesday’s accord, Kurti said talks for a deal with Serbia would start within days under European Union mediation and supported by the United States.

The licensing deal, Kurti said, had established both parties would “negotiate and agree on an EU proposal, supported by France and Germany, in order to reach the (final) deal as soon as possible”.

“This means before spring of 2023. It can be earlier but it cannot be later than that,” he said.

Kurti told parliament the licensing issue would become irrelevant once a final deal has been reached.

About 50,000 ethnic Serbs who live in the northern part of Kosovo refuse to recognise Pristina officials’ authority.

Another 50,000 scattered across Kosovo maintain close relations with Serbia but accept Kosovo’s institutions and daily life.

Kosovo had planned to start issuing fines from Thursday to 10,000 Serb drivers who continue to use Serbian-issued car licence plates but after Wednesday’s deal, it will not do so and will also abandon a plan that would have given it the option of confiscating cars if the fines had no effect.

Serbia’s President Aleksandar Vucic said there was no time for celebrations, although peace had been maintained.

“This is a small victory that will lead us into a more difficult situation,” he told a news conference in Belgrade.

“I know difficult times are ahead of us. I am happy that we managed to preserve peace for our people.”

Kosovo’s 2008 declaration of independence is recognised by about 110 countries but not by Serbia, Russia, China and five EU member states.

Both Serbia and Kosovo aim to join the EU but the bloc has told them they must first solve their disagreements.

NATO has 3700 peacekeepers on the ground to maintain the peace.