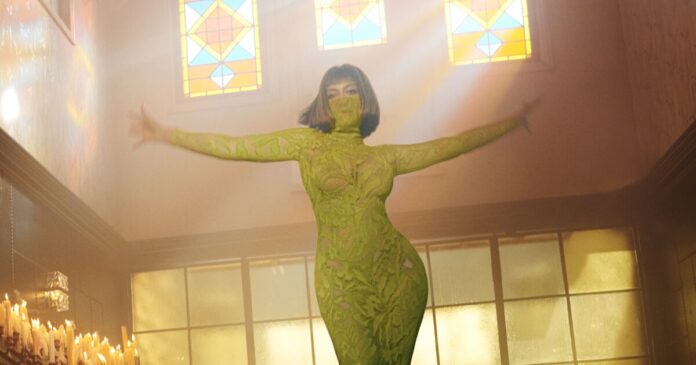 Of all the so-called major Grammy categories, the one that feels most like a moving target is album of the year. It isn’t about sales or chart performance. It’s not always a reflection of year-end lists or a consensus derived from critics. At times it feels Grammy voters use the category to troll the culture they are supposed to be adjudicating.

I’m not just talking about Arcade Fire for 2011 or Beck in 2015. Motown Records did not receive an album of the year nomination until 1973. It was founded in 1958. It’s maddening enough to know a record company produced more than 100 Top 10 hits in a 10-year span and did not earn a single nomination for record or song of the year. Excluding Marvin Gaye’s “What’s Going On” from the top categories despite chart success, critical acclaim and cultural relevance is just beyond egregious — something organizers are well aware of, considering last year’s tribute to the masterpiece on the 50th anniversary of its release.

This year’s nominees in the category, announced last week, include history maker Bad Bunny, the surprise inclusion of ABBA and the four superstar names most everyone expected: Adele, Kendrick Lamar, Harry Styles and of course Beyoncé. With 28 wins, she is the most decorated woman in Grammy history. With four more wins she would overtake conductor Georg Solti for most by any artist. But she has yet to capture album of the year, which speaks poorly of the process, not the artistry.

Beyoncé has never needed the award. So although her ballroom-homage “Renaissance” is my preference to win, it will not diminish its significance if it does not. After all, Motown changed the world without the Grammys. It was the Grammys that had to play catch-up.

That’s not to suggest Beyoncé going 0 for 3 in that one category is akin to Motown being shunned at its peak. But as a fan it feels disrespectful. Perhaps this is why Beyoncé chose to start “Renaissance” with salty words for those who “ain’t stopping me,” to let us know she’s completely unbothered by it all.

When deciding album of the year, I always thought it was important to consider the year in question. For many of us, this year has been trash.

Roe vs. Wade was overturned.

No matter which corner you turned to, it felt as if “A Clockwork Orange” and “A Handmaid’s Tale” got together, had a baby and named it 2022. There are armed white nationalists showing up to libraries to stop drag queens from reading to children and a candidate for the U.S. Senate ranting on the campaign trail about vampires and werewolves. Republicans are trying to figure out what happened to their “red wave,” as if its forcing 10-year-old rape victims to give birth made for sound policy and politics.

The album of 2022 should reflect the culture, not avoid it. Although sonically “Renaissance” is a dance album, that shouldn’t be conflated with it being vacuous or simply about having a good time. It’s as political as Springsteen and Mellencamp.

I particularly appreciated the bread crumb Beyoncé left in the song “Alien Superstar.” A bread crumb songwriting legend Diane Warren apparently missed when she asked: “How can there be 24 writers on a song? … This isn’t meant as shade, I’m just curious.” She didn’t mention the song by name, but it does have that number of writers credited, mostly from the samples used on the song. One such example is a quote from Barbara Ann Teer, who founded the National Black Theatre in 1968. Much in the way Motown was born out of exclusion and lack of opportunity, so too was the NBT. I refer to the Teer sample as a bread crumb because when you go back and listen to the entire interview from which the quote is taken, you recognize the overall uplifting message Beyoncé is sending.

“We decided it was time for us to take over our own lives,“ Teer said about Black artistry. “And do it the way we know we want to do it as opposed to having someone else continuously depersonalize us and tell us how we’re supposed to do something because they’re viewing us through their eyes, not through our eyes.”

Warren later apologized, telling the Dream, one of the producers on “Renaissance,” that she didn’t know the history of sampling in Black music and that she didn’t mean any disrespect. But considering how long she has been working in the music industry, that admission felt even more disrespectful than her initial comment. The fact that Warren got her start by writing for DeBarge, who had already had a string of hits for Motown before giving her a chance, only made the exchange more cringeworthy.

Not that it matters.

The one thing Beyoncé has shown all of us over the years is you can’t break her soul.

Granderson: Beyoncé should rack up more Grammys, but she doesn’t need them

Migrants from three countries paid $2.2 billion trying to reach the...