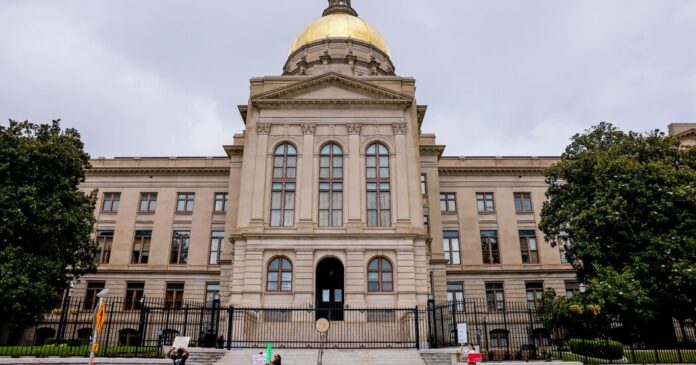 The Georgia Supreme Court on Wednesday reinstated the state’s ban on abortions after six weeks of pregnancy, temporarily restoring the law that had been blocked by a lower court last week.

The State Supreme Court’s order, in response to a request for an emergency stay by the Georgia attorney general’s office, comes one week after Judge Robert C.I. McBurney of Fulton County Superior Court suspended the law. He said he had done so because the six-week ban was unconstitutional when the state legislature approved it in 2019 — more than three years before the U.S. Supreme Court revoked the constitutional right to abortion.

The ban after six weeks of pregnancy — a time when most women have not yet realized they are pregnant — is not a final decision but will remain in effect while the State Supreme Court considers the attorney general’s appeal of Judge McBurney’s ruling.

“We are pleased with the court’s action today. However, we are unable to provide further comment due to the pending appeal,” said Kara Richardson, a spokesman for the attorney general’s office.

The State Supreme Court also denied a request by abortion providers and abortion-rights advocates for a 24-hour notice before reinstating the ban.

According to a statement from the American Civil Liberties Union, one of the organizations that had filed a lawsuit against the ban, patients who had scheduled abortion appointments were being turned away on Wednesday.

A spokeswoman for Planned Parenthood, Olivia Cappello, said all providers in the state immediately halted abortion services for patients who have detectable fetal heartbeat activity.

“Our state’s abortion providers are again being forced to turn away patients who then must leave the state for safe, time-sensitive and essential health care,” said Amy Kennedy, vice president for external affairs of Planned Parenthood Southeast.

The issue of abortion has been front and center in Georgia, where a tight U.S. Senate race between a Democratic incumbent, Raphael Warnock, and a Republican challenger, Herschel Walker, is headed to a runoff on Dec. 6.

Mr. Warnock said he supports abortion rights as outlined in Roe v. Wade, which said that a woman had the constitutional right to end her pregnancy until the fetus could survive outside the womb, which is usually around 23 weeks. The U.S. Supreme Court eliminated that right in June.

Where are the users? Why Facebook’s stock is imploding