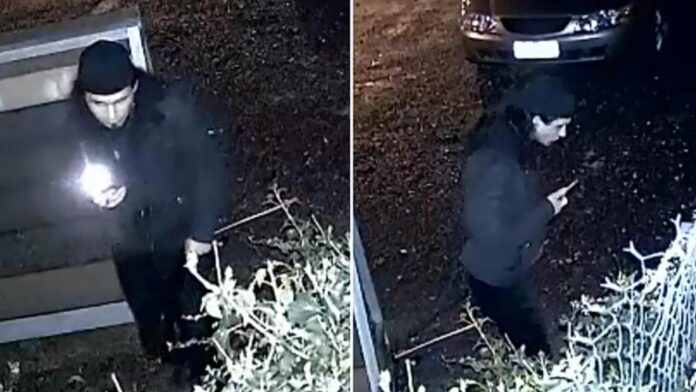 Two men are at large over the theft of 21 bonsai plants from a nursery in Melbourne’s eastern suburbs.

The plants, valued at $15,000, were taken from the Glen Waverley business in the early hours of September 19.

The men were captured on CCTV footage removing the 21 miniature trees from pots, putting them in bags and transferring them to a Holden Commodore.

Police are hoping someone recognises the men, who are described as Caucasian with thin builds.

One of the men had long black hair and was wearing a black cap, leather jacket, black pants and a thin necklace.

The second man was wearing a raincoat with dark pants and carrying a black backpack.