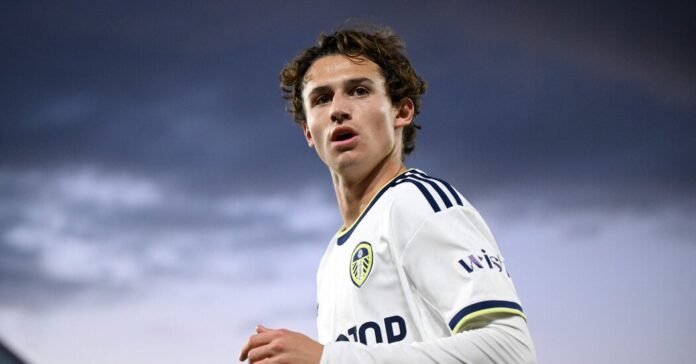 “Brenden Aaronson loves grass,” Daniel Chapman wrote earlier this season in “The Square Ball.” “Green grass. Yellow grass. Part synthetic grass. All the grass, he loves all the grass, loves running in it, rolling in it, being on it, dancing across it, eating it up metaphorically with his running feet and perhaps literally with his hungry mouth.”

Marsch regards that characterization, while not incorrect, as a touch reductive. “He has more quality than people think,” the coach said. “He’s a good finisher, he’s really clever with how to put passes together in tight spaces. It’s so much just about his ability to make final plays, and slow himself down a little bit in the final third.”

Even Marsch, though, could not quite resist the lure of making a horticultural analogy. “He’s like a weed,” Marsch, a former M.L.S. coach with the Red Bulls, told MLSsoccer.com’s “Extratime” podcast earlier this season. “You almost see him grow before your eyes.”

That is what has endeared him, so quickly, even to Leeds’s most hard-bitten, weather-beaten fans: not just his effort, but his intent. It is what has filled American fans with optimism about his contributions heading into Monday’s World Cup opener against Wales.

That day against Fulham, Aaronson had no reason to apologize. The defeat, most certainly, had not been his fault. He had been Leeds’s best, and most effective, player. Still, though, he made his way around the field, still moving, even after the final whistle, still believing he could have done more.