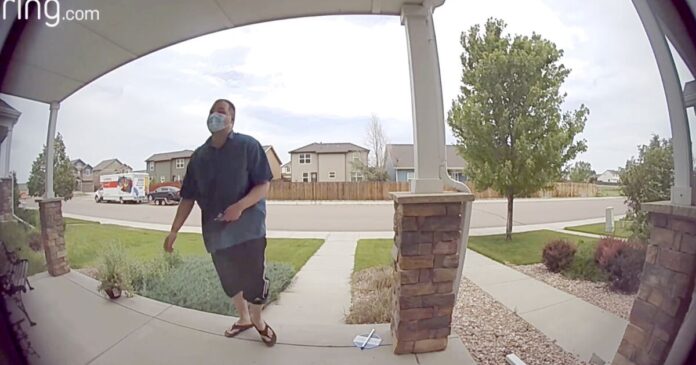 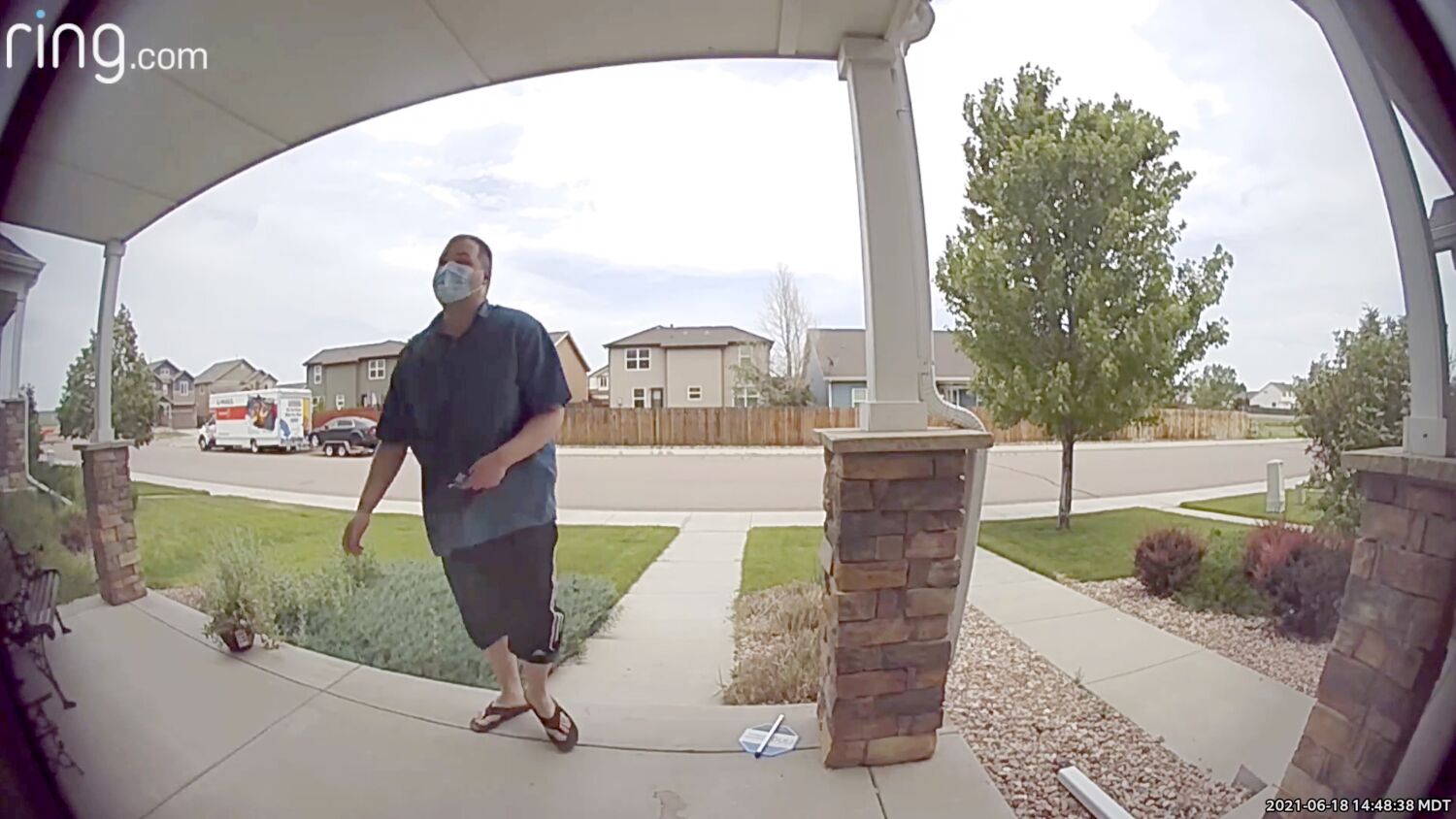 In the months before police say Anderson Aldrich opened fire on a Colorado Springs LGBTQ nightclub, killing five and wounding 18 others, their mother posted in a Facebook group for women in the Church of the Jesus Christ of Latter-day Saints, asking for help for her child.

In February, she asked for recommendations for a “trauma/PTSD therapist,” writing in a comment that it was for a “21-year-old,” the same age as Aldrich at the time.

Nearly three months later, she asked whether anyone could refer her child — whom she described as “6’6” tall and hits like a freight train” — to a private boxing coach.

“Cannot find a good gym or anyone serious,” she wrote. The post said her child had “made huge life changes and needs this!”

On Saturday night, authorities allege that Aldrich walked into Club Q and opened fire. Four days later, mystery still surrounds him. Police have not provided a motive for the attack, and it appears Aldrich had little social media or online presence.

Scattered elements of his biography — a name change, a 2021 arrest in which their mother accused them of threatening her with a homemade bomb, a family connection to a California lawmaker — have emerged. But much is still unknown.

Aldrich was arrested this week on suspicion of murder and bias-motivated crimes causing bodily injury in connection with the nightclub shooting, according to police. Aldrich’s attorneys have requested a preliminary hearing in the case, according to a Tuesday court filing by the Colorado Public Defender’s Office, but did not respond to further request for comment. The new filing said that Aldrich is nonbinary and uses they/them pronouns.

Aldrich was born May 20, 2000, to Laura Voepel and Aaron Brink in California, according to Orange County court records. The next year, Brink filed for divorce, and Voepel was given full custody of their child, with no visitation rights granted to Brink.

In the following years, Aldrich moved around with their mother to Texas and then to Colorado, at times living with their maternal grandmother. They also have a younger brother, according to Voepel’s Facebook page.

Aldrich is the grandchild of California Assemblyman Randy Voepel (R-Santee), an aide for the legislator told The Times on Monday. The likely single-term state representative previously aligned himself with the tea party movement and later drew criticism for comments that likened the Jan. 6 insurrection at the U.S. Capitol to the shots fired at “Lexington and Concord” in the Revolutionary War. Randy Voepel declined to comment further about his grandchild Monday, the aide said.

Court records show Aldrich’s parents have criminal records. Laura Voepel was found guilty of a reduced charge of criminal mischief in San Antonio and sentenced to five years of probation, according to court documents.

Brink, Aldrich’s father, also had been arrested on drug-related charges and other crimes. Brink was an MMA fighter, according to the Colorado Springs Gazette. He appeared in an episode of the reality TV series “Intervention,” according to his IMDb page.

Court records in Bexar County, Texas, show Aldrich in 2016 filed to formally change their name to Anderson Lee Aldrich. The request was approved May 4, 2016.

According to the Associated Press, a petition for the name change said Aldrich wanted to protect their future “from any connections to birth father and his criminal history. Father has had no contact with minor for several years.”

The Washington Post reported that Aldrich had endured a “particularly vicious bout of online bullying.”

The attorney who represented the family in the case did not respond to questions from The Times.

Brink said that his ex-wife told had him that Aldrich had changed their name because they were embarrassed of him and that Aldrich had died, the New York Times reported. But then months ago, Aldrich called Brink. The conversation turned into an argument, with Aldrich threatening to beat up his father.

Brink, who identifies as a religious and conservative Republican, said he had voiced disapproval of gay people when Aldrich was younger but expressed sympathy to the families of the victims of the shooting.

Aldrich was arrested in June 2021 in a suburban Colorado Springs neighborhood where they and their mother lived at the time, after Voepel reported her child threatened her with “a homemade bomb, multiple weapons and ammunition,” according to a press release from the El Paso County Sheriff’s Office. The incident ended in a long standoff with deputies and the evacuation of nearby homes, but officials said they did not find any explosive devices after Aldrich’s arrest. The charges were dismissed, though officials have not explained that decision.

The incident occurred at the home of Leslie Bowman, who at the time was renting a room to Aldrich’s mother. Bowman shared videos from her Ring security camera from the incident, which showed Aldrich — who she said went by Andy — entering her house with a suitcase, while talking to their mother.

In the video, Aldrich said to their mother: “The police have surrounded that house. This is where I stand, OK? … Today I die.”

Voepel responded, “What is happening?”

“They don’t give a f— about me anymore, clearly,” Aldrich replied.

It isn’t clear from the video to whom they are referring. In another video Bowman recorded of a Facebook Live stream, which Bowman said Aldrich posted during the standoff, Aldrich can be seen wearing what appears to be a helmet and some sort of body armor.

“This is your boy,” they said on the recorded livestream. “If they breach, Ima [sic] f—ing blow it to holy hell!”

In the last Ring video from the incident, Aldrich was seen leaving Bowman’s house about three hours later, surrendering with their hands in the air. They were no longer wearing the helmet or body armor. The report from the sheriff’s office said they were arrested without any issues.

Bowman said Aldrich’s mother moved out of the room she was renting about two days later, and she hasn’t kept up with either Voepel or Aldrich since. At the time, Aldrich lived about a mile away with their grandparents — the same grandparents who assisted with their name change — but would often visit their mother, Bowman said. She said the teen was never talkative, and said that mother and son often would watch movies together.

They “would come over from time to time, sometimes once or twice a week,” Bowman said. She described Aldrich as “pretty quiet.”

She said there was only one other incident in which Aldrich became aggressive, getting in her face and slamming the door on her after a dispute between Bowman and Voepel in early 2020. But Bowman said they didn’t become physically violent, and she chalked it up to being protective of their mother. Bowman said she didn’t know whether Aldrich, then 20, was in school or working.

There’s also no public record that police or relatives tried to trigger Colorado’s “red flag” law after Aldrich’s 2021 arrest, which could have allowed authorities to seize any weapons or ammunition in Aldrich’s possession, or prevent them from purchasing any, at least temporarily.

Bowman said she is still concerned that the initial charges against Aldrich were dropped.

“In an incident as serious as that, there should be at least some sort of plea deal, just something, to keep [them] on the radar,” Bowman said. “If those charges were pursued, [they] would probably be in prison or some kind of probation, … [and] this wouldn’t have happened.”

How a tiny Khazak lady beat her idol Mary Kom on...