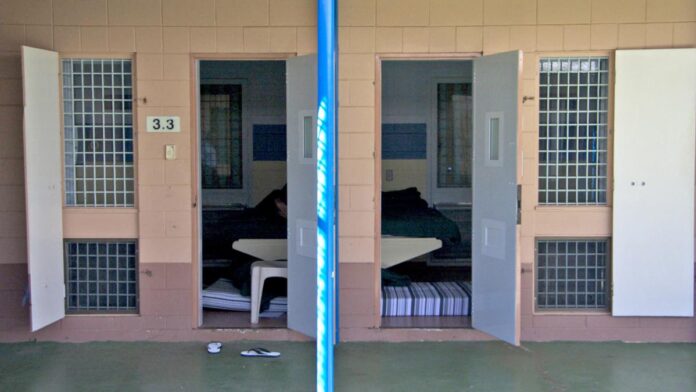 Correctives Services Minister Bill Johnston has announced air-conditioning will be expanded to all cells at Roebourne Regional Prison – two days after former Federal Aboriginal Affairs Minister Fred Chaney said racism was to blame for the failure to properly temperature-control the jail.

In a statement released Wednesday, Mr Johnston said $10 million “plus” would be spent installing air-conditioning in the Pilbara prison’s two mainstream accommodation units.

However, the work is only due to take place in the 2023-24 financial year following a tender process.

“In making this decision we have listened and responded to stakeholder and community concerns about the potential effects of the heat on prisoners’ health and safety,” Mr Johnston said.

“Ahead of this work being completed, the prison’s management will continue to be vigilant in safeguarding prisoners’ wellbeing through existing practices.”

Former Labor Premier Peter Dowding seized on the announcement to join Mr Chaney in labelling the delay over installing air-conditioning at one of the country’s hottest prisons an example of systemic racism.

“I am very critical that the head of the Department of Justice hasn’t recognised the terrible damage that is being done to Indigenous kids with the Banksia Hill and this is just another symptom of that racism,” he said.

On Monday, Mr Chaney, uncle to Curtin MP Kate Chaney, told the ABC the failure to air-condition Roebourne Prison – where temperatures hit 50C earlier this year – was “part of a pattern” of discrimination against Aboriginal people.

“I think racism is manifested in a whole lot of ways,” he said.

“Most importantly it’s manifested in the fact that people think it’s OK to do things to Aboriginal people that you wouldn’t do to anyone else.”

Responding to Mr Chaney in Parliament, Mr Johnston flatly rejected racism played any role in the Roebourne Prison decision-making but added there was “no legal obligation to put air-conditioning into any element of Roebourne prison”.

“Many of the newer cells are already air-conditioned,” he said.

“It’s not a simple process to provide air-conditioning for the older facilities.

“There’s a range of heat management practices that are in place to assist the prisoners in the facility and we will continue to work on the challenges to provide a safer environment.

“I know Mr Chaney, I respect him greatly, but I think it’s a bit unfair to say that because the building codes at the time didn’t require air-conditioning, that that’s therefore a reflection of racism.

“I understand community standards have changed and that’s why the other more recently-built cells at Roebourne already have air-conditioning.”

US beginning price falls to lowest since 1979