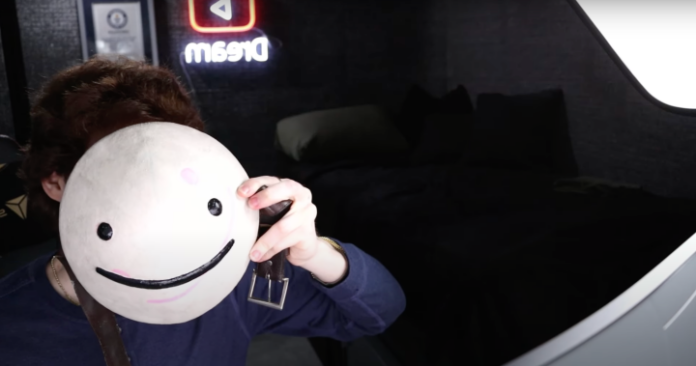 Dream, a Minecraft YouTuber and one of the most popular names on the internet, has finally revealed his face from behind a smiley-face mask that he used for eight years.

Dream is a big deal in the online gaming community, having amassed over 30 million YouTube subscribers. A quick scroll through his YouTube channel reveals that in the last year, his worst-performing video was viewed over 14 million times, with most garnering around 40 million views. Nearly every time Dream posts, he goes viral.

The 23-year-old YouTuber has been creating since 2014 and rose to fame by posting whimsical videos playing Minecraft — the world’s bestselling video game to date. He created his own Minecraft server called the Dream SMP (survival multiplayer) which Polygon calls “the Minecraft equivalent of a hype house” because it allows other popular video game creators to play together in their own world while role-playing loose narratives.

Some of these creators, including TommyInnit and Philza, have been working with Dream for years despite never seeing his real face. In the run-up to Dream’s face reveal, he FaceTimed some of these creator friends and let them get a first look at what was behind the mask.

Beyond the birds and bees: How new services and tech are helping us make babies in unexpected ways

Internet celebs like TikTok’s Addison Rae and YouTube’s Marques Brownlee posted excited reactions to seeing Dream’s face for the first time during the weekend — something Brownlee called “one of the most interesting social media campaigns I’ve ever seen.”

(Pardon the quality. But also lowkey he’s in the middle of one of the most interesting social media campaigns I’ve ever seen) pic.twitter.com/HZOEa9lCZ3

After riding this train of hype over the weekend, Dream dropped the mask for the entire world in a video posted Sunday night.

“My name is Clay, maybe you’ve heard of me, maybe not,” he said from his recording studio. “Maybe you clicked on this video out of pure curiosity and you don’t care who I am. But now you’ve seen my face.”

Within 14 hours of posting, Dream’s face reveal has been viewed over 18 million times.

Dream explained that he was finally letting go of his anonymity in order to live a more public life and meet with friends in real life without worrying about his face being leaked.

“I’ve been bunkered up,” Dream said. “The people trying to leak my face, trying to find out what I look like… it’s just a tiny bit too much.”

According to the video, Dream still won’t be showing his face in his Minecraft “let’s plays” but he does plan on making “IRL content” where he films in real life with his friends.

Dream’s story is not unique on the Internet, where faceless YouTubers and Twitch streamers can see massive success despite never showing their real face. In fact, the anonymity can help fuel fan engagement as audience members speculate and obsess over what their favourite creator is like in real life.

Dream ended his face reveal video by telling his audience that he is “living proof” that anyone can achieve success.

“Anyone can be under the mask and I don’t want my face reveal to take away from that fact,” he said. “Dream could have been anyone from anywhere.”

At the very least 20 useless, dozens extra wounded after gasoline...