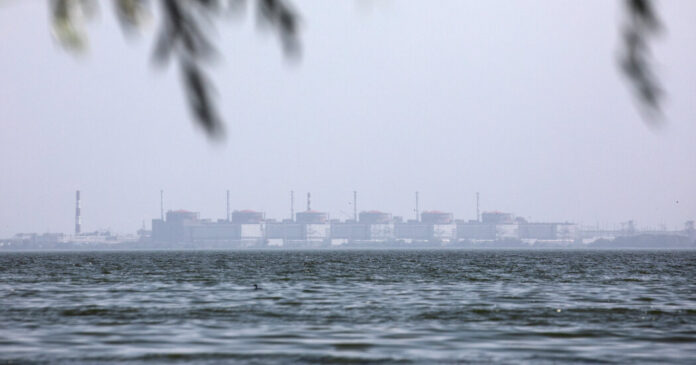 The director general of the Zaporizhzhia Nuclear Power Plant, whose detention by Russia stoked concerns about the security of Europe’s largest nuclear plant, has been released, the International Atomic Energy Agency said on Monday.

Ihor Murashov, who is responsible for nuclear and radiation safety at the facility, was abducted in his car at around 4 p.m. on Friday on the road leading to the plant, according to Energoatom, the Ukrainian national energy company. The company said he had been blindfolded and taken to an unknown location. It appealed to the International Atomic Energy Agency, the U.N.’s nuclear agency, to help secure Mr. Murashov’s release.

Rafael Mariano Grossi, the director general of the International Atomic Energy Agency, said Monday that he had received confirmation that Mr. Murashov “has returned to his family safely.”

“I welcome the release of Ihor Murashov, Director General of Ukraine’s Zaporizhzhya Nuclear Power Plant,” he wrote on Twitter.

Mr. Grossi said on Saturday that Mr. Murashov’s detention had “an immediate and serious impact on decision-making in ensuring the safety and security of the plant.” The sudden arrest also put a psychological strain on the rest of the plant’s staff, he added.

The nuclear plant was seized by Russian forces in March but is run by Ukrainian engineers. Shelling in the area has raised concerns about the risks of a catastrophic meltdown.

Shelling has at times caused the plant to be disconnected from Ukraine’s power grid, which Ukraine’s energy minister has said put critical cooling systems at risk of relying solely on emergency backup power.

The I.A.E.A. has had two inspectors at the plant since September. It said in a statement on Friday that there had been a series of land mine explosions near the plant in recent days that jeopardized safety and security at the facility.

Ukraine and Russia have accused each other of using the specter of nuclear disaster in brinkmanship in the war by making attacks near the plant. Mr. Grossi has repeatedly urged the establishment of a security zone in the area.

The plant is in the Zaporizhzhia region of southern Ukraine — one of four regions that President Vladimir V. Putin of Russia moved to illegally annex on Friday.

Italians Vote for a President. Here’s Why It Matters.