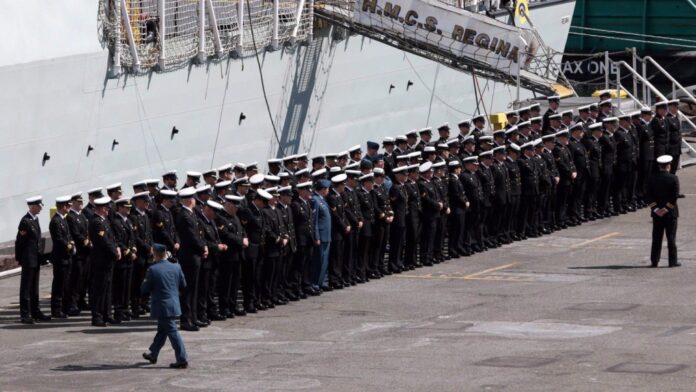 
Thousands of Canadian Armed Forces members and their families across the country are waiting for military housing, according to the Department of National Defence forcing some local commanders to take unusual steps to shelter their troops.


New figures provided to The Canadian Press show nearly 4,500 service members and their families who applied for military housing were sitting on a waitlist administered by the Canadian Forces Housing Agency in July.


The situation underscores what defence chief Gen. Wayne Eyre has identified as a significant shortage of affordable housing for Canada’s military. Earlier this year Eyre said it was as one of the top concerns for his troops.


The Defence Department has about 12,000 military housing units available to rent on Canadian Forces bases and wings but Eyre has said that between 4,000 and 6,000 more units are needed.


The waitlist is close to 700 at CFB Esquimalt near Victoria, B.C.,where the local base commander has started letting new sailors live in their training quarters for months after their initial training is finished.


“Something that I have done out of empathy and concern for the position that our junior sailors find themselves in is to absorb those sailors into what are meant to be training and operational accommodations,” said navy Capt. Jeffrey Hutchinson.


Other bases and wings with large waitlists include Halifax, Comox, B.C., and Ottawa, Borden, Petawawa, Kingston and Trenton, all in Ontario.


At 19 Wing Comox, Armed Forces members were told earlier this year that they could contact Habitat for Humanity if they needed help finding housing.


The Defence Department said five years ago the Canadian Forces Housing Agency proposed to build 1,300 new units over 10 years. It was going to consider “alternate delivery options” such as leases and public-private partnerships for the rest.


But in the five years since that proposal was raised, only 132 units have been built across the country.


Real estate consultant Ben Myers said rental prices in most markets haven’t followed the drop in housing prices spurred by recent hikes to interest rates. He said the national rental average in August was $1,959, higher than the previous record of $1,954 in September 2019.


Myers said some renters are opting to stay put instead of buying a home only to see its value drop as housing prices fall.


“So some of those prospective buyers are staying in the rental market, if they were already renters, and kind of reducing the supply of listings that are out there,” he said in an interview.


While Myers said the pendulum will eventually swing back when rents become so high and home prices so low that it makes more sense to buy than rent, exactly when that will happen remains a mystery.


The search for affordable housing isn’t unique to members of the Canadian Armed Forces but those serving in uniform are often forced to live in certain communities and relocate often as a condition of employment.


An internal report by the military’s morale and welfare unit in 2018 found one in four Armed Forces members are required to relocate every year due to training or operational needs.


Royal Canadian Navy commander Vice-Admiral Angus Topshee acknowledged the housing problem as his force struggles to to bring in new recruits amid a shortfall of 1,300 sailors.


“The challenge for the navy is that we recruit people from across Canada, and then we move them to two places in Canada that have among the highest housing cost rises and lowest vacancy rates,” he said.


“Victoria has always been more expensive than Halifax. But over the past couple years, we have seen vacancy rates plummet in Halifax and prices go through the roof.”


Topshee said the problem also affects more experienced sailors who previously moved out of their rental properties while deployed on six-month tours at sea.


He said in addition to building more military housing, the navy is looking to work with local communities to find some solutions.


“This is something where we’re hoping that the provinces and the federal government and municipalities get together and figure out: how do we create enough housing for all Canadians,” he said. “Because we will benefit from that ultimately.”


This report by The Canadian Press was first published Oct. 3, 2022.

Brendan Fraser is back. But to him, ‘I was never far away’

Politics of convoy protests ‘here to stay,’ and so are movement’s...