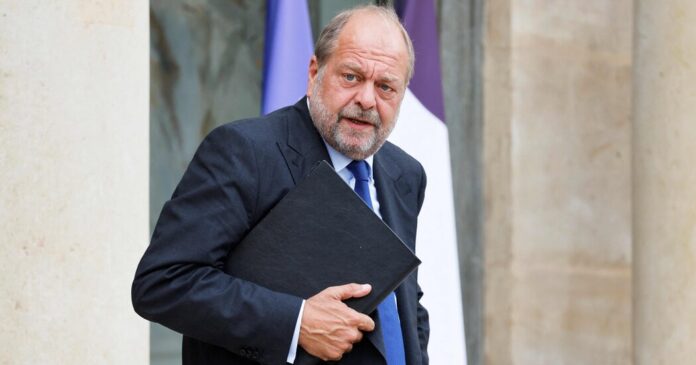 PARIS — France’s justice minister was ordered on Monday to stand trial in a conflict-of-interest case, a first for a sitting justice minister and a potential embarrassment for President Emmanuel Macron, who rose to power on a promise to tighten ethical standards in French politics.

A former star criminal lawyer, Éric Dupond-Moretti was named justice minister in July 2020. Only weeks after his appointment, he opened investigations of judges with whom he had clashed as a lawyer, prompting accusations that he had abused his position to settle scores.

The offense Mr. Dupond-Moretti is accused of is punishable by five years’ imprisonment and a fine of half a million euros, or about $490,000. Mr. Dupond-Moretti’s lawyers said on Monday that they had lodged an appeal to block the trial from taking place.

Christophe Ingrain, one of the lawyers, said there was “no reason for him to resign” from his position as minister, portraying the trial as an attack from a judiciary with whom Mr. Dupond-Moretti has long had notoriously difficult relations.

“Éric Dupond-Moretti will not give in,” Mr. Ingrain told BFM TV on Monday. “His legitimacy does not come from the magistrates’ unions; it comes from the president of the Republic and the prime minister.”

Complaints filed in late 2020 by judges’ unions and the anticorruption group Anticor led to an investigation of Mr. Dupond-Moretti last year that looked at two incidents.

The first was a disciplinary inquiry Mr. Dupond-Moretti started against three magistrates of the national financial prosecutor’s office, after a number of flaws were identified in an investigation they were conducting.

The three judges had ordered the police to pore over Mr. Dupond-Moretti’s phone records when he was still a lawyer, in an effort to determine the identity of a possible mole in an illegal campaign financing case against former President Nicolas Sarkozy.

One of the three magistrates has already been cleared of any wrongdoing. The other two are still awaiting a decision from the Superior Council of the Judiciary, which handles these disciplinary procedures.

In the second incident, Mr. Dupond-Moretti began administrative proceedings against a judge, Édouard Levrault, who had investigated one of his former clients. When he was still a lawyer, Mr. Dupond-Moretti denounced the “cowboy” methods of the judge. Mr. Levrault was eventually cleared of any disciplinary breach in a decision rendered in mid-September by the Superior Council of the Judiciary.

In its decision, the council noted that Mr. Dupond-Moretti “had found himself in an objective conflict-of-interest situation by ordering an administrative investigation” of Mr. Levrault.

Mr. Dupond-Moretti will be tried before the Court of Justice of the Republic, which hears cases of alleged wrongdoing by serving members of government. It is made up of 12 members of Parliament and three justices from France’s highest judicial court.

Since its creation in 1993, the court has heard only seven trials involving sitting or former ministers, including that of Christine Lagarde, the current head of the European Central Bank and former French finance minister, who was convicted on charges of misusing public funds in 2016.

If Mr. Dupond-Moretti’s appeal is rejected, and if he does not resign, it would be the first time that a sitting justice minister would face the court. The trial would likely take place next year.

The two magistrates’ unions that filed a complaint against Mr. Dupond-Moretti said in a statement that it was an “unprecedented” situation. They also denounced the minister’s vocal criticism of the work of the judges investigating his conflict-of-interest case, in what at times has looked like a tug of war between a minister and the justice system for which he is responsible.

In a letter to the Court of Justice of the Republic, which he shared with the newspaper L’Opinion in March, Mr. Dupond-Moretti denounced a procedure that he said was aiming “to sully the reputation of a former lawyer” to contest his legitimacy as justice minister.

The case against Mr. Dupont-Moretti may hurt Mr. Macron, who first ran for president in 2017 on a promise to restore trust in politics by cleaning up ethics after years of corruption scandals.

To make matters worse, the national financial prosecutor’s office announced Monday afternoon, only hours after information about Mr. Dupond-Moretti’s trial was made public, that Alexis Kohler, Mr. Macron’s longtime and powerful chief of staff, was under investigation on charges of conflict of interest in a different case involving an Italian-Swiss cruise firm.