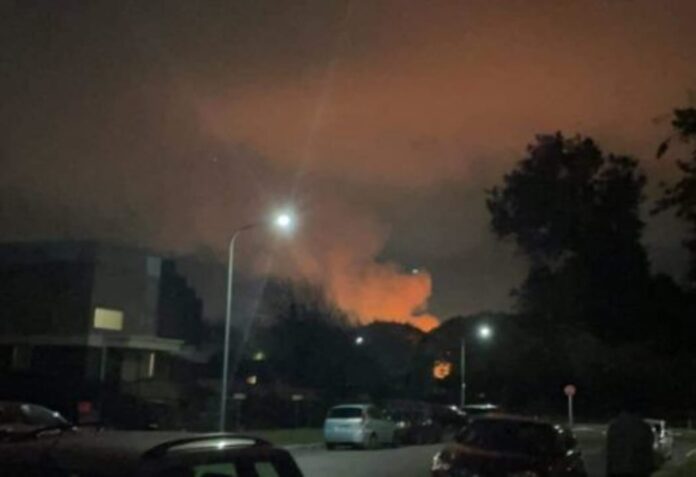 By Amber Allott of

Fire crews are battling a large blaze expected to “totally destroy” a derelict two-storey homestead, in the Christchurch suburb of Riccarton.

Crosson said the building was a “two-storey derelict house” on Kirkwood Avenue, just off Clyde Rd.

What was left of the structure was in danger of collapse, she said, but nobody was thought to be at risk.

Massive fire at Univeristy of Canterbury it seems #christchurch pic.twitter.com/WLNhfAzvnJ

The building was well alight when crews arrived, Crosson said they had six crews, an aerial unit and a command unit on the scene.

A University of Canterbury spokesperson said the fire was at an empty property near campus, but not at the university itself.

They urged students to avoid the area around the university’s recreation centre.

“Gathering or driving by to sightsee may impede the firefighters, so please avoid the area.”

Traffic management is in place at Clyde Road and Riccarton Road, turning on to Kirkwood Avenue, while emergency services tend to the fire.

Anne-Marie Robinson, who lives nearby, said it looked like the fire was at “a really big old homestead just off Clyde Rd”.

Fire crews were evacuating some nearby houses, she said, but a lot of university students had come up to the cordon to check it out.

All that was left standing was a few brick chimneys.

“It’s the biggest thing that’s happened on Clyde Rd in a while.”