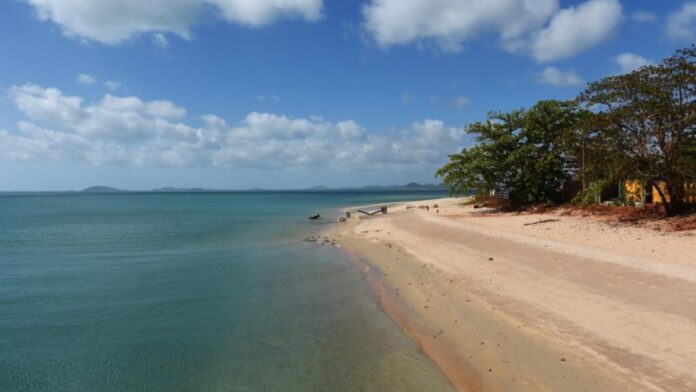 The United Nations has found Australia’s failure to protect Torres Islanders against the impacts of climate change violated their right to enjoy their culture.

The decision, by the UN’s human rights committee, follows a 2019 complaint by eight Australian nationals and six of their children from four small, low-lying islands.

The inhabitants of Boigu, Poruma, Warraber and Masig claimed their rights had been violated as the Morrison government failed to adapt to upgrade seawalls on the islands and reduce greenhouse gas emissions.

“The committee has created a pathway for individuals to assert claims where national systems have failed to take appropriate measures to protect those most vulnerable to the negative impacts of climate change on the enjoyment of their human rights,” committee member Helene Tigroudja said on Friday evening.

The Islanders claimed changes in weather patterns have had direct harmful consequences on their livelihood, culture and traditional way of life.

Flooding caused by tidal surges has destroyed graves and left human remains scattered across the islands, while heavy rain and storms have degraded the land reduced food available from fishing and farming.

On Masig Island, the rising sea has caused saltwater to seep into the soil and coconut trees to become diseased.

The committee said despite Australia’s construction of new seawalls on the four islands expected to be completed by 2023, additional measures were required.

The UN has asked Australia to compensate the Islanders for harm suffered, consult to assess their needs and take measures to continue to secure the communities’ safe existence.

“We have a right to culture.

“What needs to be in reverence is the principle that culture is a strengthening agent and that should underpin the delivery of services, policy and legislation that affects Aboriginal and Torres Strait Islander People.

“There should be nothing about us or our country, without us”.

The Climate Council welcomed the ruling, with director of research Dr Simon Bradshaw saying the loss and damage experienced by Torres Islanders “epitomises the injustice at the the heart of the climate crisis”.

Climate change undermines not only physical security but is a profound threat to culture and the deep connections of communities to their land and sea, he said.

“The Australian government must do everything it can to limit future harms by ensuring Australia’s emissions plummet this decade, leaving fossil fuels in the ground and providing far greater support to communities in the Torres Strait with adapting to the impacts of climate change.”