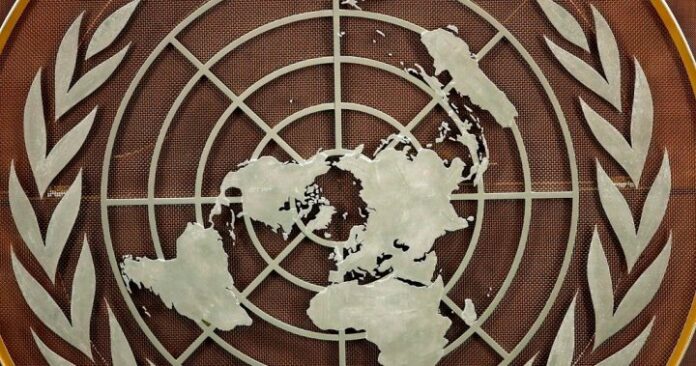 World hunger rose in 2021, with around 2.3 billion people facing moderate or severe difficulty obtaining enough to eat —and that was before the Ukraine war, which has sparked increases in the cost of grain, fertilizer and energy, according to a U.N. report released Wednesday.

“The State of Food Security and Nutrition in the World” paints a grim picture, based on 2021 data, saying the statistics “should dispel any lingering doubts that the world is moving backwards in its efforts to end hunger, food insecurity and malnutrition in all its forms.”

“The most recent evidence available suggests that the number of people unable to afford a healthy diet around the world rose by 112 million to almost 3.1 billion, reflecting the impacts of rising consumer food prices during the (COVID-19) pandemic,” the heads of five U.N. agencies that published the report said in the forward.

They warned that the war in Ukraine, which began on Feb. 24, “is disrupting supply chains and further affecting prices of grain, fertilizer and energy” resulting in more price increases in the first half of 2022. At the same time, they said, more frequent and extreme climate events are also disrupting supply chains, especially in low-income countries.

Ukraine and Russia together accounted for almost a third of the world’s wheat and barley exports and half of its sunflower oil, while Russia and its ally Belarus are the world’s No. 2 and 3 producers of potash, a key ingredient of fertilizer.

“The global price spikes in food, fuel and fertilizers that we are seeing as a result of the crisis in Ukraine threatened to push countries around the world into famine,” World Food Program Executive Director David Beasley said at a U.N. event launching the report. “The result will be global destabilization, starvation and mass migration on an unprecedented scale.”

He said in an online briefing that WFP’s latest analysis reveals that “a record 345 million acutely hungry people are marching to the brink of starvation,” and “a staggering 50 million people in 45 countries are just one step away from famine.”

There’s a real danger that the number of people facing famine will rise in the coming months, Beasley said, urging world leaders “to act today to avert this looming catastrophe.”

According to the report, of the estimated 2.3 billion people who were moderately or severely “food insecure” in 2021, the number facing severe food insecurity rose to about 924 million.

2:25
UN warns of looming hunger crisis with no end to Ukraine war in sight

UN warns of looming hunger crisis with no end to Ukraine war in sight – Jun 3, 2022

The prevalence of “undernourishment” — where food consumption is insufficient to maintain an active and healthy life — is used to measure hunger. Undernourishment continued to rise in 2021, and the report estimates that between 702 million and 828 million people faced hunger last year.

The report said hunger kept rising in Africa, Asia, and Latin America and the Caribbean in 2021, but at a slower pace than from 2019 to 2020.

U.N. development goals call for ending extreme poverty and hunger by 2030, but the report says projections indicate that 8% of the world’s population — nearly 670 million people — will be facing hunger at the end of the decade. That’s the same number of people as in 2015 when the goals were adopted.

The gender gap in food insecurity, which grew during the COVID-19 pandemic, widened even further from 2020 to 2021, the report said.

Driven largely by widening differences in Latin America and the Caribbean as well as in Asia, it said that “in 2021, 31.9% of women in the world were moderately or severely food insecure compared to 27.6% of men.”

In 2020, the report said, an estimated 22% of children under the age of 5 _ or 149 million _ had stunted growth and development while 6.7% _ or 45 million _ suffered from wasting, the deadliest form of malnutrition. At the other end of the scale, it said 5.7% of youngsters under 5, or 39 million, were overweight.

“Looking forward, the gains we made in reducing the prevalence of child stunting by one-third in the previous two decades — translating into 55 million fewer children with stunting — are under threat by the triple crises of climate, conflict, and the COVID-19 pandemic,” the five U.N. agency chiefs said. “Without intensified efforts, the number of children with wasting will only increase.”

But the agency chiefs said the almost $630 billion annually that governments spend to support food and agriculture globally can be invested “in agrifoood systems equitably and sustainably.”

Currently, they said, “a significant proportion of this support distorts market prices, is environmentally destructive, and hurts small-scale producers and indigenous peoples, while failing to deliver healthy diets to children and others who need them the most.”

The five agency heads said evidence shows that if governments redirect their resources to prioritize consumers of food and give incentives for producing and supplying nutritious foods “they will help make healthy diets less costly and more affordable for all.”

The report said a key recommendation “is that governments start rethinking how they can reallocate their existing public budgets to make them more cost-effective and efficient in reducing the cost of nutritious foods and increasing the availability and affordability of healthy diets.”

WFP’s Beasley called for an urgent political solution that allows Ukrainian wheat and grain to re-enter global markets, substantial new funding for humanitarian organizations to deal with “the skyrocketing levels of hunger” around the world, governments to resist protectionism and keep trade flowing, and investments to help the poorest countries protect themselves against hunger and other shocks.

“If we had successfully threaded this needle in the past,” he said, “the war in Ukraine wouldn’t be having such a disastrous global impact today.”