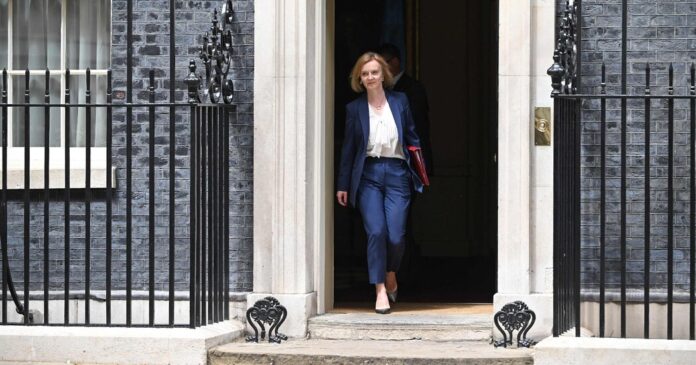 As Prime Minister Boris Johnson faced rapidly mounting pressure from members of his own party to resign on Wednesday, the spotlight turned to who might succeed him as the leader of the Conservatives and the head of the government.

Mr. Johnson vowed to fight on as a stream of ministers and their aides resigned, but if he is forced to step down, here are some of the lawmakers seen as favorites to take over the party’s top job.

Liz Truss, the foreign secretary who was appointed by Mr. Johnson last year, is seen as a rising political star. She held positions under the former prime ministers David Cameron and Theresa May, and drew comparisons to Margaret Thatcher after she posted photos from a trip to Russia last year.

Ms. Truss is the first female foreign secretary for a Conservative government, and her championing of sanctions against Russian oligarchs at the start of the war in Ukraine were cheered by the public. But she also expressed strong support for Mr. Johnson after the departure of two of his Cabinet ministers on Tuesday, so it remains to be seen if that loyalty might wound her politically.

Nadhim Zahawi, who was appointed as the chancellor of the Exchequer hours after Rishi Sunak’s resignation, has risen through the ranks of the Conservative Party over the last decade and is seen as a strong contender to lead the party. He has stood by Mr. Johnson’s side but made it clear on Wednesday morning that his main focus was public service to the country.

Mr. Zahawi, 55, was previously the education secretary and served as the vaccines minister during the height of the coronavirus pandemic. He was born in Iraq in 1967 and emigrated to Britain with his family in the 1970s when Saddam Hussein came to power. He has spoken often about how Britain has given him and his family “everything” and he feels a duty to serve the nation.

Mr. Hunt has chaired the Health and Social Care Select Committee since January 2020. Throughout the pandemic, he has been a vocal critic of the government’s approach to Covid-19. Mr. Hunt initially opposed Brexit in a pivotal 2016 referendum but in the years since has come out in support of it. His public gaffes have hurt him in the past, including when he accidentally described his Chinese wife as Japanese.

Rishi Sunak, the former chancellor of the Exchequer whose resignation on Tuesday dealt a heavy blow to Mr. Johnson, has long been seen as a potential party leader, even though his reputation has been tarnished by recent controversies.

He was injured politically earlier this year when it became public that his wealthy wife had avoided paying taxes by claiming a special status and that he himself had continued to hold a U.S. green card, allowing him to live and work in the United States, for months after he became Britain’s top financial officer. He was also fined for breaching coronavirus lockdown regulations after he briefly attended a birthday celebration for Mr. Johnson at 10 Downing Street in 2020.

Still, Mr. Sunak’s air of competence and his role in delivering aid packages for businesses and individuals during the coronavirus pandemic have made him popular with the party and with voters.

Nicole Kidman up for best actress Oscar, Power of the Dog...

Life inside the Olympics bubble: Limbo between China and the world

Tesla got a subpoena from US government 10 days after Elon...

A pregnant woman photographed after a Russian strike on a maternity...