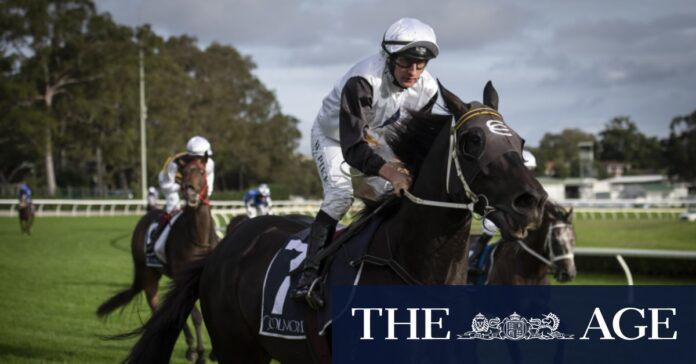 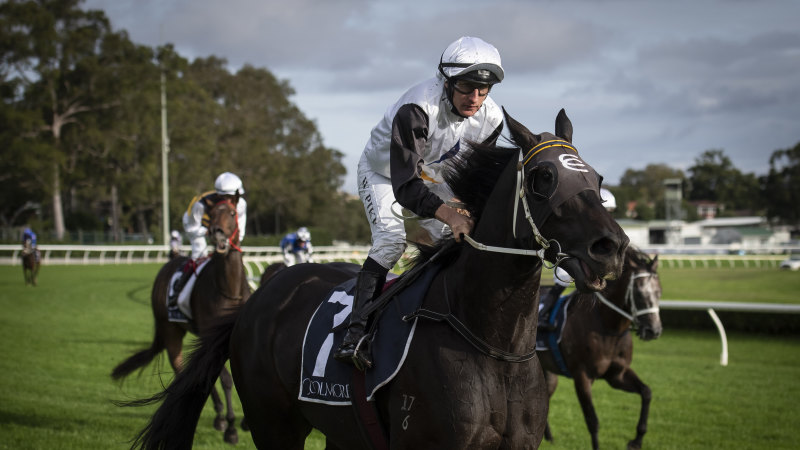 Dangers: 3. Mobstar disappointed when failing to beat one home at Warwick Farm last time but previous form was sound on heavy tracks. Entitled to another chance down a notch in class. 2. Tuhinga resumes in blinkers with two trials under his belt. Only win to date was at a similar trip at Wyong in January on heavy ground, so he stays under notice first-up. 7. Morioka was just fair when resuming at Warwick Farm behind Huesca, placed bot- heavy track attempts so stays under notice.
How to play it: Flying Step WIN. Odds & Evens: SPLIT.

2. Curtis Island will appreciate getting back onto a wet track after his unplaced effort at Rosehill on good ground, on which he’s yet to be placed in seven starts. That followed successive soft and heavy track wins, so he clearly loves the going and can run well.

Dangers: 4. Quatenus was in the market in the same race when resuming and finished midfield after seemingly having her chance. Fitter and she does handle soft and heavy ground so entitled to another look. 3. Distillate is a good wet-tracker and races on the pace so is more than capable of giving a sight after holding on to score at Wagga last time. 1. Bombdiggity has a strong first-up record but a mixed wet track record and may be best at 1000m but could take catching.
How to play it: Curtis Island WIN and trifecta 2/1,3,4/1,3,4. Odds & Evens: EVENS.

4. Adelaide’s Light ran a much-improved race second-up, hitting the line strongly late into fourth on a heavy track at Canterbury two weeks ago. Should be ready to produce his best now and looks a chance in a winnable race.

Dangers: 9. Green Reign is fitter for two runs from a year off the scene, and he found the line very well late on a soft 7 at Goulburn second-up, making his run wide on the track. Down 5kg and has each-way claims. 2. Snitzonfire led them up and weakened when resuming at Canterbury but expecting him to be better for the run. If he gets some control up front he can take running down. 5. Atlantic King resumes and has shaped up pretty well in his two trials. Runner-up in his only heavy track start and while inconsistent last time in has claims.
How to play it: Adelaide’s Light WIN. Odds & Evens: SPLIT.

3. Deficit was a beaten favourite at Randwick third-up but he did keep coming from the second half of the field and wasn’t far off claiming a placing. At peak now and the race has fallen away so he has his chance.

Dangers: 1. Travest is another good wettracker and, with that in mind, his last-start fourth on a soft 5 at Warwick Farm wasn’t bad. Has some claims. 12. Fiordland ran an even race first-up on a good track at Kensington and will be fitter. Only local win to date was on a heavy 8 at Gosford so capable of showing up. 9. Dom Tycoon was back in the winner’s circle at Wyong last time when leading all the way. Can handle a heavy and is in the mix.
How to play it: Deficit WIN and trifecta 3/1,9,12/1,9,12. Odds & Evens: ODDS.

5. Icecrusher made a promising return with a closing second at Warwick Farm a few weeks ago and she has handled a heavy track in the past. Good chance if she can reproduce that fresh effort.

Dangers: 8. Tawfiq Lass hasn’t won on a good track, so her effort at Kensington last time to be narrowly beaten was a handy performance. Likely to get back but if they can run on she’s capable of being in the finish. 11. Lisdoonvarna can be hard to catch but she won well on a heavy track first-up before an even effort just behind the placings at Warwick Farm last time. That was two months ago but she does perform fresh and is worth including. 1. Calgary Queen was game in defeat on a heavy track three starts back. On a good track last time held on well. If she gets through the Canterbury heavy she can win.
How to play it: Icecrusher WIN. Odds & Evens: SPLIT.

Reef report fails to acknowledge this precious natural landmark is at...

Toyota squeezes an SUV out of little Yaris