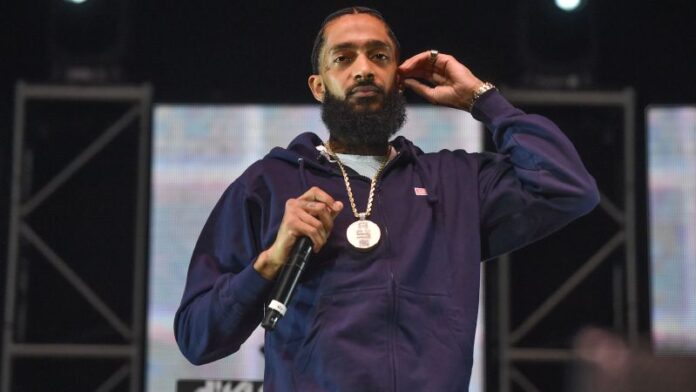 The beloved artist, born Ermias Joseph Asghedom, was fatally shot on March 31, 2019 near his Marathon Clothing store in South Los Angeles. He was 33.

Holder, who knew Hussle, had approached him over allegations he had called him a snitch, according to prosecutors.

“We told you that Mr. Holder Jr. did shoot Mr. Asghedom,” said defense attorney Aaron Jansen during closing arguments last week, asking jurors to consider lesser charges. “We told you it was voluntary manslaughter and that he acted in a heat of passion. And we told you what that heat of passion that he acted on consisted of – it consisted of being called publicly a snitch by someone as famous as Nipsey Hussle and we believe that is what the evidence showed.”

But prosecutor John McKinney argued Holder was not consumed by rage that day.

“We have a step by step methodically carried out plan to return to that parking lot and kill. It’s not done in the heat of passion, in fact, it’s done 10 minutes after the conversation, in fact it’s done after he shakes Nipsey Hussle’s hand,” he said.

After the verdict, Herman “Cowboy” Douglas, a friend of Hussle, said the late artist never called Holder a snitch and still wanted answers on why his friend was shot.

“It was so senseless, why?” he asked, rhetorically.

Douglas said the conversation between Hussle and Holder “never got heated” that fateful day.

“I’m just sad, I miss my friend. He’s supposed to be here, he’s supposed to still be here. He was the underdog that made it,” said Douglas, who testified during the trial.

“I don’t wish death on people,” he said of Holder. “Give us some closure, let us know why.”

A father of two, a Grammy winner and a successful entrepreneur, Hussle was the founder of record label All Money In, which he debuted with the release of “The Marathon,” the rapper’s fifth official mixtape. His 2013 “Crenshaw” release sold more than 1,000 cassettes each priced at $100, according to his Press Atlantic Records biography.

Holder was also convicted of two counts of attempted voluntary manslaughter for injuring bystanders when he shot Hussle, assault with a firearm and one count of possession of a firearm by a felon.

“I am deeply disappointment in the first degree murder verdict,” Holder’s attorney Aaron Jansen said in a statement to CNN. “It was always going to be a tough given the high profile circumstances surrounding the case. We are grateful that the jury agreed with us, in part, that the case was overcharged and acquitted Mr. Holder, Jr. of the two attempted murder charges.”

Holder is scheduled to be sentenced on September 15. His attorney said they plan to appeal.

Horse Fossil, Presumably From the Ice Age, Is Present in a...