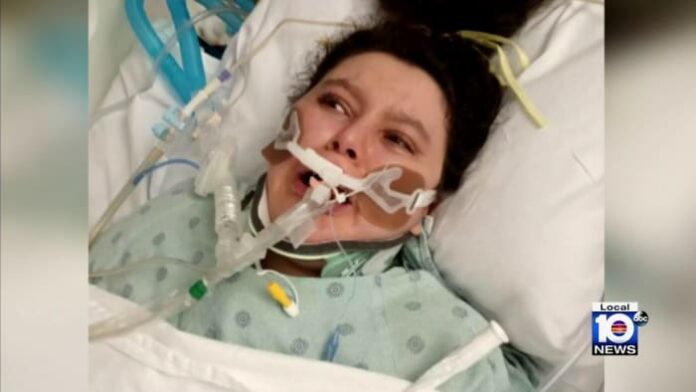 FORT LAUDERDALE, Fla. – A South Florida family is suing Southwest Airlines and one of its contractors in Broward circuit court, alleging that their disabled daughter was thrown from her wheelchair while boarding a flight out of the Ft. Lauderdale-Hollywood International Airport, leaving her with life-altering injuries.

According to the lawsuit, on February 25, 25-year-old Gabby Assouline, who, at the age of 12, was diagnosed with a genetic disorder that made it difficult to walk long distances but otherwise allowed her to be highly functional, was boarding Southwest Flight 1002 to Denver to visit her sister.

The lawsuit claims that Assouline’s electric wheelchair hit a junction in the jet bridge, causing her to be thrown from the wheelchair, leading to severe injuries that rendered her paralyzed and forced her to use a ventilator.

Assouline’s mother, Sandra, said the last time she saw her daughter before the accident was when she dropped her off at the gate. The lawsuit states that Sandra Assouline was given an escort pass in order to be able to accompany her daughter past security.

The two were all smiles as they took a selfie.

“The next thing I got was a call from BSO (saying) my daughter was involved in an accident and she broke her neck,” Sandra Assouline said.

The family’s lawsuit alleges that Southwest Airlines and its contractor, G2 Secure Staff, were careless and, among other things, failed to provide proper wheelchair assistance or instruction, failed to adequately train staff and failed to warn of hazards or dangers in the jet bridge.

“We believe something in that jet bridge caused her to be ejected,” Robert Solomon, the family’s attorney, said.

Southwest Airlines released a statement Tuesday in response to the lawsuit.

“Southwest Airlines’ primary priority is the Safety of our People and Customers both on the ground and in the air. We have reviewed the Customer’s initial account of her travel experience and have offered a response directly to those involved,” company spokesperson Chris Perry said in an email to Local 10 News. “Southwest will continue to work with the Customer and other involved parties to investigate and address the facts and circumstances relating to her travel experience. Southwest has spent more than 51 years caring for our People and Customers and remains committed to continuing to do so.”

The Assouline family has set up a GoFundMe page to help with medical expenses.