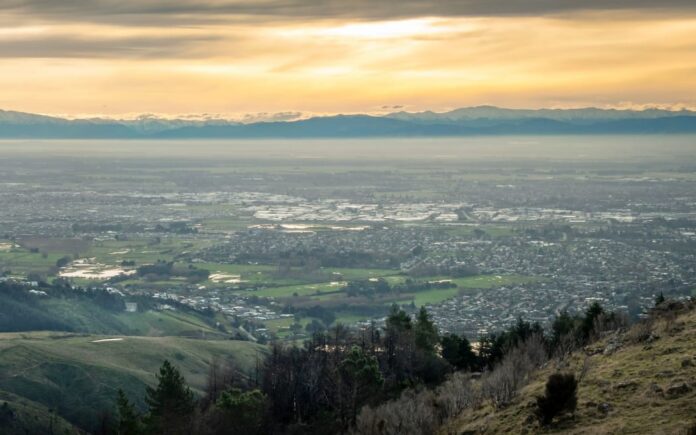 The lower South Island has some of the worst pollution rates in the country, a new study has found, with Christchurch, Timaru and Invercargill among the highest per capita.

Christchurch tops the chart for nitrogen dioxide or traffic exhaust pollution in the Health and Air Pollution in New Zealand study.

“Where there is a lot of cars or a really congested intersection or tall buildings on both sides of the road – those are the kinds of situations where you might find concentrations from motor vehicles are higher,” she said.

Geography professor and Ministry of Transport chief science advisor Simon Kingham said being inside a car would not protect you from the fumes either.

“Consistently the research shows that the quality of the air in the car is worse than outside of the car. It’s another good reason to walk and cycle because the car doesn’t protect you from air pollution, it actually kind of holds it in,” he said.

Cantabrians’ reliance on cars and climate may be to blame for the highest per-capita levels – with concentration stronger on still days, Kingham said.

Asthma and Respiratory Foundation medical director James Fingleton said pollution was linked to poorer health outcomes and was particularly damaging to those with existing respiratory illnesses.

“Exposure to pollutants can directly worsen respiratory diseases – it can cause more inflammation and worsen asthma. But it can also, through the inflammation and damage that it causes, make people more vulnerable to contracting infections that can then cause harm,” he said.

Fortunately, according to Kingham, there was already a solution – the Emissions Reduction Plan.

But needed to become a reality far sooner than proposed, he said.

“We need our politicians to get behind it and go ‘this is really important’. In many ways, we’ve got another reason to actually act on this beyond carbon emissions it’s now about nitrogen dioxide, it’s about kids with asthma, it’s about people going to hospital with respiratory complaints.”

Public transport was next on the list, he explained.

“One of the key factors in reducing emissions is to give people true modal choice so therefore they don’t have to be so dependent on jumping into a car to get from A to B, especially when a lot of those car trips are just very short.”

The last 20 years of regular Environment Canterbury monitoring confirms things were beginning to change for Ōtautahi.

“We monitor particles, PM10 and PM 2.5 as well as gases, nitrogen dioxide, and in the past carbon monoxide and sulphur dioxide. So we understand how those concentrations have changed over time and in general, they are improving,” Aberkane said.

MIQ judgment: ‘We need to be prepared for the next pandemic’