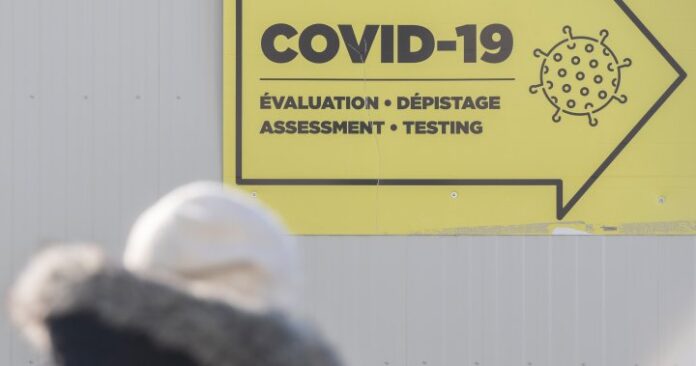 Cases of COVID-19 are on the rise across the world, prompting the World Health Organization (WHO) to raise concern about reductions in testing and a lack of equal access to vaccines and antiviral medications in some lower-income countries.

The number of positive COVID-19 cases globally have increased by 30 per cent over the last two weeks, according to the WHO.

This is the latest in an upward trend in new cases that began four weeks ago, following a decline in cases since the last peak in March 2022, the WHO says.

Think you’re immune to COVID-19 after getting sick? Maybe not, new research shows

A “dramatic” decline in testing in countries around the world is compounding the challenge of the ongoing pandemic, WHO Director-General Tedros Adhanom Ghebreyesus said during a news conference Wednesday.

“This obscures the true picture of an evolving virus and the real burden of COVID-19 disease globally,” he said.

“It also means that treatments are not given early enough to prevent serious illness and or death.”

In the U.S. and Europe, the fast-spreading Omicron subvariants BA.4 and BA.5 are driving the current spike in cases.

These subvariants have so far been able to effectively evade immunity, both from vaccination and previous infection, which is fuelling new outbreaks around the globe.

Omicron BA.5 will account for nearly 70% of cases by Canada Day, experts predict

In Canada, federal public health officials have also raised concern about a rise in the prevalence and spread of BA.4 and BA.5. The two subvariants are collectively now responsible for almost 30 per cent of new cases in Canada, according to federal COVID-19 epidemiological data.

Canada’s chief public health officer, Dr. Theresa Tam, has repeatedly warned of the need to be vigilant and last week specifically noted the country should “prepare for a resurgence in the weeks and months ahead.”

“Given BA.4 and BA.5 are even more transmissible and immune invasive than BA.1 and BA.2., it is reasonable to expect that we will see an increase in cases over the coming weeks,” Tam said during a briefing June 30.

In recent weeks, several provinces have been seeing a rise in COVID-19 activity, including Ontario, Quebec, British Columbia, New Brunswick and Prince Edward Island. This is leading some experts to predict a “summer wave” is imminent.

Marianne Levitsky, an adjunct lecturer at the University of Toronto, said she believes wastewater data in Ontario is the most reliable indicator of infection in that province, given that testing has been reduced in Ontario.

And the latest data indicates a summer wave could very well be in play, she said.

“The wastewater signal is indicating that the numbers are going up and certainly that’s what’s being said by Public Health Ontario, the science table, etc., so unfortunately, it does look like that’s the situation that we’re in.”

The data also indicates these increases began when public mask mandates were lifted, which highlights the importance of masking and other public health measures in mitigating the spread of the virus, said Levitsky, who is also an occupational hygienist and expert in workplace hazards and controls.

“It seems to be somewhat of a perfect storm situation… the various mandates and control requirements were coming off just around the time that this more infectious variant was hitting us,” she said.

That’s why she believes mask mandates should be reinstated, given the spread of new variants, particularly BA.5 in Canada and stresses that masks continue to be “strongly recommended” by public health officials.

“We know this particular variant just seems to be extremely infectious and is evading immunity from vaccines and prior infection… at the moment, it does look like risk is increasing. So we need to reintroduce some of the controls we’ve been using in the past.”

WHO official Dr. Mike Ryan said Wednesday he believes there is a “much more intense wave of disease passing through” countries around the world, but that this is not being captured due to a “collapse in data.”

However, deaths from COVID-19 are not significantly increasing, which could mean the new variants are not as strong and that vaccines are working, he said.

That’s why it’s even more important to ensure low and middle-income countries have more equitable access to vaccines and to antiviral medications, such as Paxlovid, which can significantly reduce severe outcomes and deaths.

The WHO is calling for more investments by countries in surveillance and information sharing and better allocation of resources. Because until the whole world is better protected, the virus will not stop circulating, Ryan said.

“The WHO is not here to tell the world it’s time to shut down our lockdown,” he said.

“But what we’re saying to the countries is ensure your most vulnerable are vaccinated, ensure that your immunity is strong, ensure that you keep your surveillance, ensure that you’ve got your antivirals in the system so those vulnerable people who do get infected can be treated early and ensure, as I said, that we’re looking out for each other.”

Taliban have fun return to energy as U.S. leaves Afghanistan after...