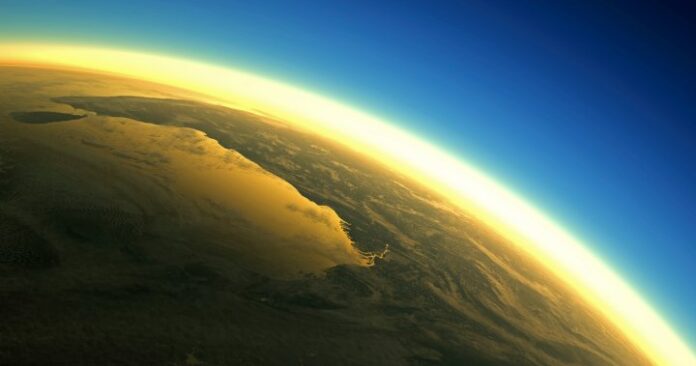 A Canadian scientist says he’s discovered a massive hole in the ozone layer over the tropical region of the planet that could impact 50 per cent of the world’s population.

Qing-Bin Lu, a professor at the University of Waterloo, says the hole is seven times the size of the well-known Antarctic ozone hole that emerges during spring. The findings were published in the journal AIP Advances.

Through his research, Lu claims he found that the massive hole is present year-round and has been there since the 1980s — approximately 40 years.

Its presence could have devastating consequences for life on Earth, he warns.

“The tropics constitute half the planet’s surface area and are home to about half the world’s population,” said Lu in a press release. “The existence of the tropical ozone hole may cause a great global concern.”

The tropics are regions of the Earth across the middle of the globe, including the Equator and parts of North America, South America, Africa, Asia and Australia.

“The depletion of the ozone layer can lead to increased ground-level UV radiation, which can increase risk of skin cancer and cataracts in humans, as well as weaken human immune systems, decrease agricultural productivity, and negatively affect sensitive aquatic organisms and ecosystems,” he said.

The ozone layer is a natural layer of gas in Earth’s stratosphere, and it’s crucial to sustaining life on Earth as it protects us and other life from the Sun’s damaging ultraviolet radiation.

The process of ozone formation and destruction is ongoing, but researchers in the 1970s found that certain industrial chemicals — including chlorofluorocarbons (CFCs), agents in some aerosol sprays and refrigerants, among others — can accelerate degradation. This theory was backed up by the confirmation of the Antarctic ozone hole in 1985.

Governments at the time were quick to ban many of the damaging chemicals and last year the United National Environment Program (UNEP) reported that discontinued use of these chemicals was helping heal the ozone layer.

Lu and his team say they’ve identified this latest hole by examining average annual ozone changes, differences in annual ozone climatology and changes in temperature over the last few decades, but his findings have come as a shock to other scientists whose conventional photochemical modelling did not show the large gap.

This new discovery, if true, negates much of what science has learned about ozone holes.

Multiple researchers have cast doubt on the study, saying Lu’s methods were flawed.

Paul Young, a researcher at Lancaster University and a lead author of the latest scientific assessment of ozone depletion (not involved with the study) told the Science Media Centre that Lu looked at percentage changes in ozone rather than absolute changes.

“There is no ‘tropical ozone hole,’ driven by the author’s proposed electrons from cosmic rays or otherwise. The long-term changes and year-to-year variability of the ozone layer in the tropical lower stratosphere are well understood to be the result of both human-driven processes and natural drivers,” Young said.

“The author’s identification of a ‘tropical ozone hole’ is down to him looking at percentage changes in ozone, rather than absolute changes, with the latter being much more relevant for damaging UV reaching the surface. Interestingly, his article also does not draw from the vast literature that explores and documents ozone trends in all regions of the atmosphere.”

Martyn Chipperfield, a professor of atmospheric chemistry at the University of Leeds, told Science Media Center that he was “surprised that this study was published at all in its current form.”

“The results of this work will be highly controversial and I’m not convinced they are correct,” he said. “The claim in this research of such large ozone changes in the tropics have not been apparent in other studies which makes me very suspicious. Science should never depend on just one study and this new work needs careful verification before it can be accepted as fact.”

The study builds on previous work by Lu and colleagues on an ozone depletion theory. The group has been studying the cosmic-ray-driven electron reaction-initiated ozone-depleting mechanism (CRE) for about two decades.