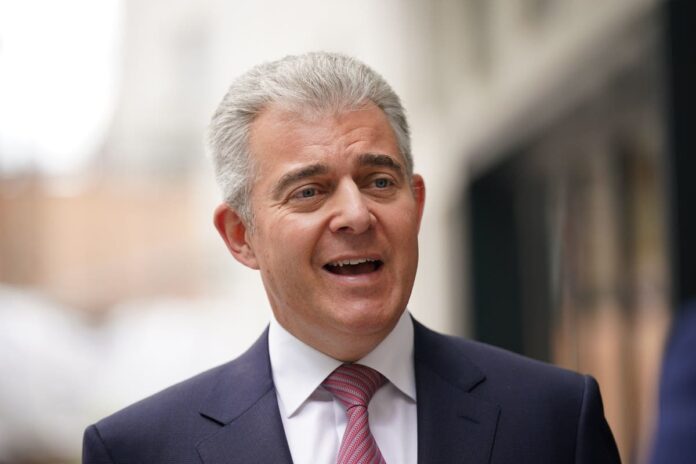 As the prime minister defies calls to resign from all wings of the Tory party as he haemorrhages support, Mr Lewis said he “cannot sacrifice my personal integrity to defend things as they stand now”.

The senior minister, who was appointed to the role in early 2020, published his resignation after Mr Johnson vowed to “fight on” despite a delegation of cabinet ministers pleading with him to step down from No 10 last night.

In a dramatic move, the prime minister also sacked cabinet minister Michael Gove, after the levelling up secretary told him he had lost the support of the Conservative Party during a private meeting.

But Mr Lewis told Mr Johnson in a letter that he had “given you, and those around you, the benefit of the doubt”, adding:”I have gone out and defended this government both publicly and privately,”

“We are, however, now past the point of no return. I cannot sacrifice my personal integrity to defend things as they stand now.

“It is clear that our Party, parliamentary colleagues, volunteers and the whole country, deserve better.”

Ms Whately – a frequent defender of Mr Johnson on the airwaves – told the prime minister there “are only so many times you can apologise and move on”.

Mr Hinds said in his own resignation letter: “It shouldn’t take theresignation of dozens of colleagues, but for our country, and trust in ourdemocracy, we must have a change of leadership.”

Science minister George Freeman also said he had written to Sir Graham Brady, the chair of the Tories’ 1922 committee, saying he no longer had confidence in the prime minister’s ability to lead the party.

He did not make it clear whether he was resigning, but added: “Your leadership, the chaos in No 10, breakdown of cabinet collective responsibility and collapse of public confidence in government represents a constitutional crisis.

“It is also now seriously undermining our authority in key negotiations on the world stage at a time of urgent international crisis”.

Last night, Suella Braverman, the attorney general who currently remains in post, said said Mr Johnson had handled matters “appallingly” in recent days and “the balance has tipped now in favour of saying that the prime minister – it pains me to say it – but it’s time to go.” Ms Braverman, previously a loyalist, said she would stand in a contest to replace Mr Johnson as Tory leader.

Rishi Sunak says he is an ‘huge fan’ of raunchy Netflix...