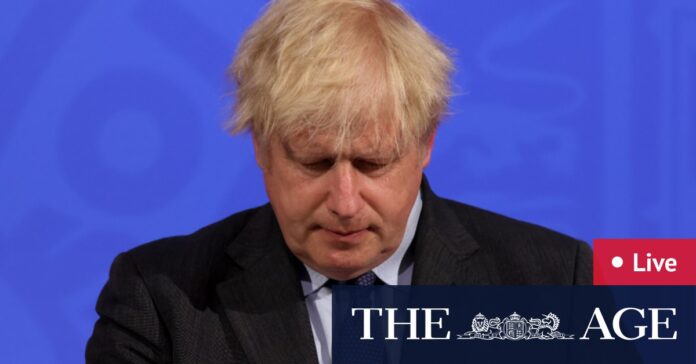 He walked out to applause from his wife Carrie and supportive ministers gathered outside Number 10.

He sounds ebullient and optimistic, there is not a trace of emotion or sadness in his voice.

“It is clearly now the will of the parliamentary conservative party that there should be a new leader of that party and therefore a new prime minister,” he began.

“In Westminster, the herd instinct is powerful and when it moves, it moves,” Boris Johnson

He said the process of choosing a new leader would begin now with the timetable to be announced next week.

“I’ve today appointed a new cabinet to serve, as I will, until the near leader is in place,” he said.

He says he wants to say thank you to the millions who voted Conservative in 2019, some of them for the first time.

“Thank you for that incredible mandate, the biggest Conservative majority since 1987,” he said, adding that that was the reason he had “fought so hard” in the last few days was to deliver on that mandate in person.

“Because I felt it was my job, my duty, my obligation to you,” he said.

He said he had argued to his colleagues that it would be “eccentric” for the party to change leaders.

“I regret not to have been successful in those arguments and of course it’s painful,” he said.

“In Westminster, the herd instinct is powerful and when it moves, it moves,” he said.