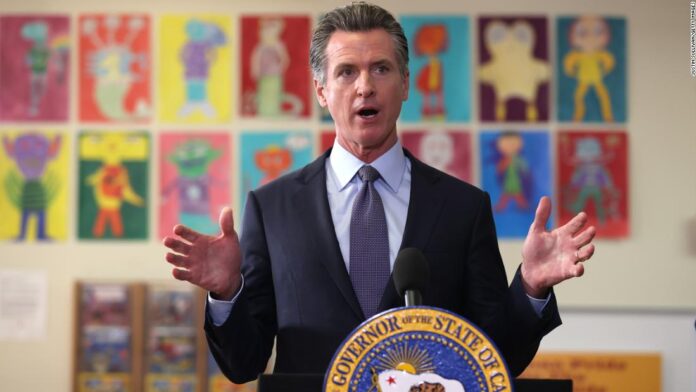 Over the July 4 holiday, Newsom ran an ad in Florida attacking GOP Gov. Ron DeSantis and touting his own governance of California.
“I urge all of you living in Florida to join the fight — or join us in California, where we still believe in freedom: Freedom of speech, freedom to choose, freedom from hate, and the freedom to love,” Newsom says in the ad, which ran on Fox News on Monday.

It’s a very smart move by Newsom, and speaks to the ongoing uncertainty over whether President Joe Biden runs again in 2024.

Let’s start with the strategy here.

This was never about actually hurting DeSantis, who, like Newsom, is heavily favored to win a second term in November. How do I know? Because the ad buy was for just over $100,000 — a tiny expenditure in a state as massive as Florida. And that it ran on only Fox News speaks to Newsom’s real goals here.

Those goals? Newsom knows that DeSantis is the hottest thing in national Republican circles these days. From fundraising to polling in early states, it’s clear that if DeSantis ran for president in 2024, he would actually have a chance to topple Donald Trump in a GOP primary.

So, what better way to make yourself known nationally — and with a reputation as a fighter — than to take a (symbolic) swing at the big Republican on the block?

It’s also worth considering what Newsom’s gambit says about Biden.

While Biden insists he is running again (and gets annoyed when people question it), there are still questions lingering in Democratic circles about whether he will really do it.

Newsom’s ad — and the resulting publicity — speak to those doubts, and will fuel them. There is just no way that Newsom goes after DeSantis — even with a small TV ad buy — unless he thinks there is a possibility that he might be facing the Florida governor come November 2024 (or at least wants Democratic activists and donors to be considering that possibility). Which would mean no Biden in the race.

The Point: Newsom isn’t waiting until he wins a second term as governor to start the 2024 race. He’s hoping to get a head start.

CT restaurant trade says it is at risk of being worn...