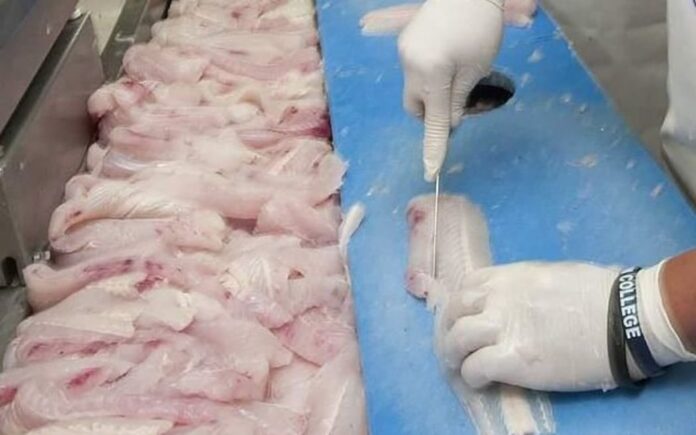 Employers are putting the heat on the government to help solve the major people-power problem that they blame for business closures, burnout and several million dollar losses.

Worker shortages appear to be stifling almost every sector – compounded by staff sickness, and rising costs.

Inside Sealord’s wet fish factory in Nelson there is empty space where a flurry of workers would usually be helping to process the season’s hoki haul.

Sealord chief executive Doug Paulin said he could not fill the vacancies, and had even spent time on the factory floor himself.

“Currently we’re running at about 150 [staff]. So we’re 300 workers short. For that factory, hoki season is the one thing that makes it work. When you don’t get a hoki season it becomes a loss-making exercise for us.”

Ninety percent of the factory’s workers usually came from overseas, yet this year there were even fewer staff than last year, he said.

“In a year when we’re facing increased costs across the business, it’s just another downside… we’ll lose about $5 million in that wet fish factory this year.”

Another chief executive who had been taking a turn on the tools was Mark Rose at Queenstown’s Rees Hotel and Luxury Apartments.

“A typical day for me like today, was I came to work at 6am, and I washed dishes. Then I drove some guests up Coronet Peak to go skiing. I came back, washed dishes, just got into the office to do work. I’ll go into housekeeping and strip rooms for a couple of hours, and then I’ll wash dishes again tonight,” he said.

It is the result of a fruitless search for chefs, kitchen hands, attendants and guest agents, with tough competition: The website Seek shows 2591 hospitality vacancies nationwide, including about 400 in Queenstown.

Minister of Immigration Michael Wood suggested businesses with low wages needed to raise them to attract workers – but Rose refuted that.

“Someone’s living in another dimension,” he said – adding that his company’s “great” culture and pay rates had allowed it to retain some staff for 10 years.

“I just don’t believe there’s people in New Zealand now to do the work… we’re running ads in all the places, we pay well, and we’re not getting anyone apply.”

The problem was compounded by staff sickness and an influx of tourists, he said, and he was only running the hotel at 70 percent capacity.

“The lack of staff is dreadful. But the real pressure points come when the people who are working – they just get killed. It’s not fair on them.”

Health workers are also reported to be in seriously short supply.

The Aged Care Sector is lacking an estimated 1000 registered nurses – which has led to the temporary closure of Timaru’s Strathallan retirement village.

Arvida Group chief executive Jeremy Nicholl said about 30 residents were being relocated across Canterbury and Otago.

“We’ve had members leave to go to other businesses or to the DHB [district health board]. Without the right level of registered nurse cover you can’t provide safe staffing levels for hospital level care.”

Stretched vets also worried the health of animals could be on the line.

Julie South from vet recruitment agency VetStaff said the country was short of about 150 full-timers and 50 locum vets.

She called it a “dire” situation compounded by an uptick in people buying companion animals during Covid-19 lockdowns.

“The pressure on vets is severe. Some of them are making really tough calls. They’re closing their clinics for days at a time. They are trying to consolidate where they are multi-practice – one practice might have several clinics, and they are closing down one practice so they can put more staff on the other one.”

VetStaff said the country was short of about 150 full time and 50 locum vets.
Photo: 123RF

With the border creaking open, Sealord was hopeful for a gradual influx of migrants, making next year a lot easier.

Rose was also optimistic – and said he would just be “putting down his head and getting on with it” for the next six months.

But long waits have been infuriating the Aged Care Sector.

Jeremy Nicholl had found five nurses overseas who were keen to work in Timaru, but said getting their visas and converting their foreign qualifications would likely take three months.

He felt bureaucracy was blocking access to more overseas staff, along with lower wages for aged care nurses than DHB nurses.

“The big issue there is that for a registered nurse to come in, there’s a two year stand-down on the pathway to residency. Given the lack of registered nurses across all the healthcare sectors in New Zealand, it would be great if the government could see its way to allowing them immediate pathways to residency,” he said.

“Everyone is already stretched too thin… what would be really helpful is for INZ to speed up visa processing times to enable those who want to work in New Zealand a faster pathway to start working here.”

How much New Zealand’s own brain drain of skilled workers is contributing to staff shortages is not fully clear yet.

Between January and April, Stats NZ said the country lost a net total of 8700 people overseas.

Migration data for May is due out next week.

One person dead after Northland crash