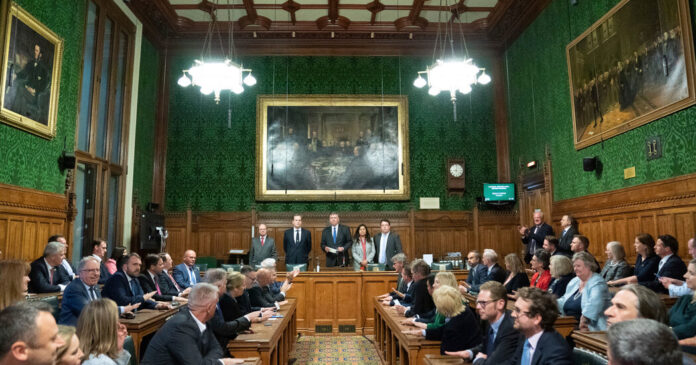 If Boris Johnson were to resign, there would not automatically be a general election to replace him.

Instead, the Conservative Party would need to select its next leader, who would become prime minister. In recent decades, James Callaghan, John Major, Gordon Brown, Theresa May and Mr. Johnson himself all initially took over after internal party changes without a general election.

Under the Conservative Party’s rules, the vote for a new party leader would take place in two stages: First, Conservative members of Parliament would put their names forward and face a series of votes until only two candidates remained. Then, party members would be called on to express their vote for one of the two.

The timing for each contest is set out by a group known as the 1922 Committee, which represents Conservative backbenchers.

According to Tory rules, Mr. Johnson would usually be expected to stay in the post until a new leader was elected, as Mrs. May did in 2019 and David Cameron in 2016. But he could resign and recommend that the queen appoint a new prime minister to fill that position until the Conservatives appointed a new leader.

Mrs. May, who survived a no-confidence vote in December 2018, announced her resignation within six months of her victory. After that, an election was held. Mr. Johnson and his opponent, Jeremy Hunt, who were chosen as the party’s finalists, spent six hectic weeks campaigning before a vote among 160,000 members of the party.

If Mr. Johnson insists on staying in office, the rules state that he could not face another no-confidence for another year, since he faced one last month. But those rules could be changed by the senior hierarchy of the Conservative Party in Parliament.